In a recent historic decision, Pakistan has become the first Muslim country ever to ban dowry. It is now illegal for a groom to accept any kind of dowry from the bride’s parents. The Minister of Religious Affairs of Pakistan decided to ban this dreadful tradition. Since time immemorial, in our society, like many others, dowry has been given at the time of marriage to the girl to take with her to her husband’s home. It has been used for ostentatious displays of wealth. But more often than not, it puts a great burden on the bride’s family, which feel they have no choice but to follow tradition in order to ensure their daughter’s future happiness. For the purpose of amalgamating a respectable dowry to be given along with their daughter, many people had to take loans which they would spend lifetimes repaying. 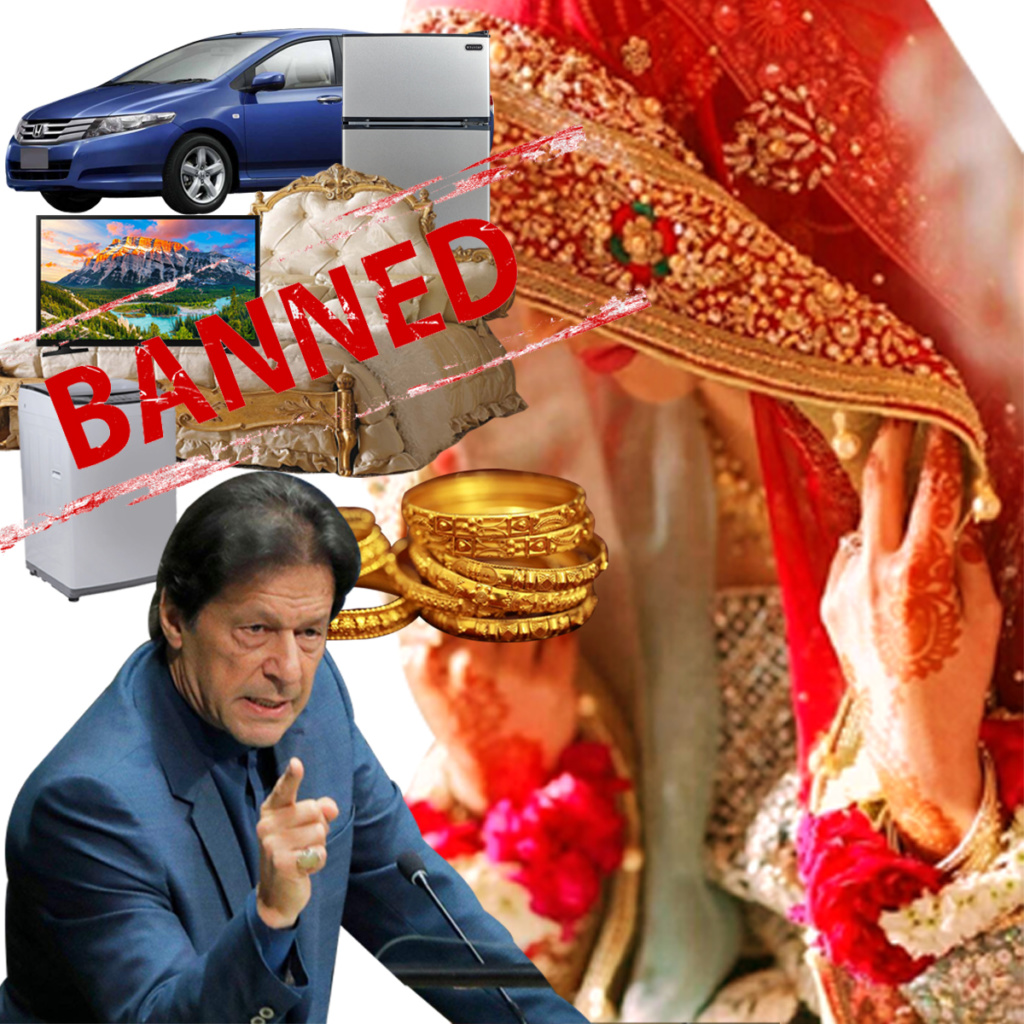 The groom’s family, historically, puts their demands in front of the bride’s family. They included a set amount of gold, furniture or a car or home appliances or all of that combined. According to the new law, the dowry which is allowed can be only the bride’s own clothes and her bed sheets as guided by our Sunnah.

This law could definitely have come sooner, but we are very glad it finally did. It will relieve the anxiety and burden of a financial crunch on many families. According to the bill, we will hopefully see these points being followed by all:

∙ The maximum amount to be given to bride as her dowry according to Shariah will be only 4  Tola Gold or less.

∙ The guests will be banned to give any presents worth more than Rs 1,000.

∙ In case of divorce, the groom’s side has to return all the gifts and dowry to the girl.

This law has been imposed all over Pakistan from KP, Gilgit Baltistan, Azad Kashmir, Balochistan, Punjab, and Sindh. The government is now trying to ensure its full implementation. The step is being highly praised by Pakistanis and Muslims all around the globe. We hope to see the lessening of a great deal of burden, making marriages a whole lot easier for a vast majority of Pakistanis.