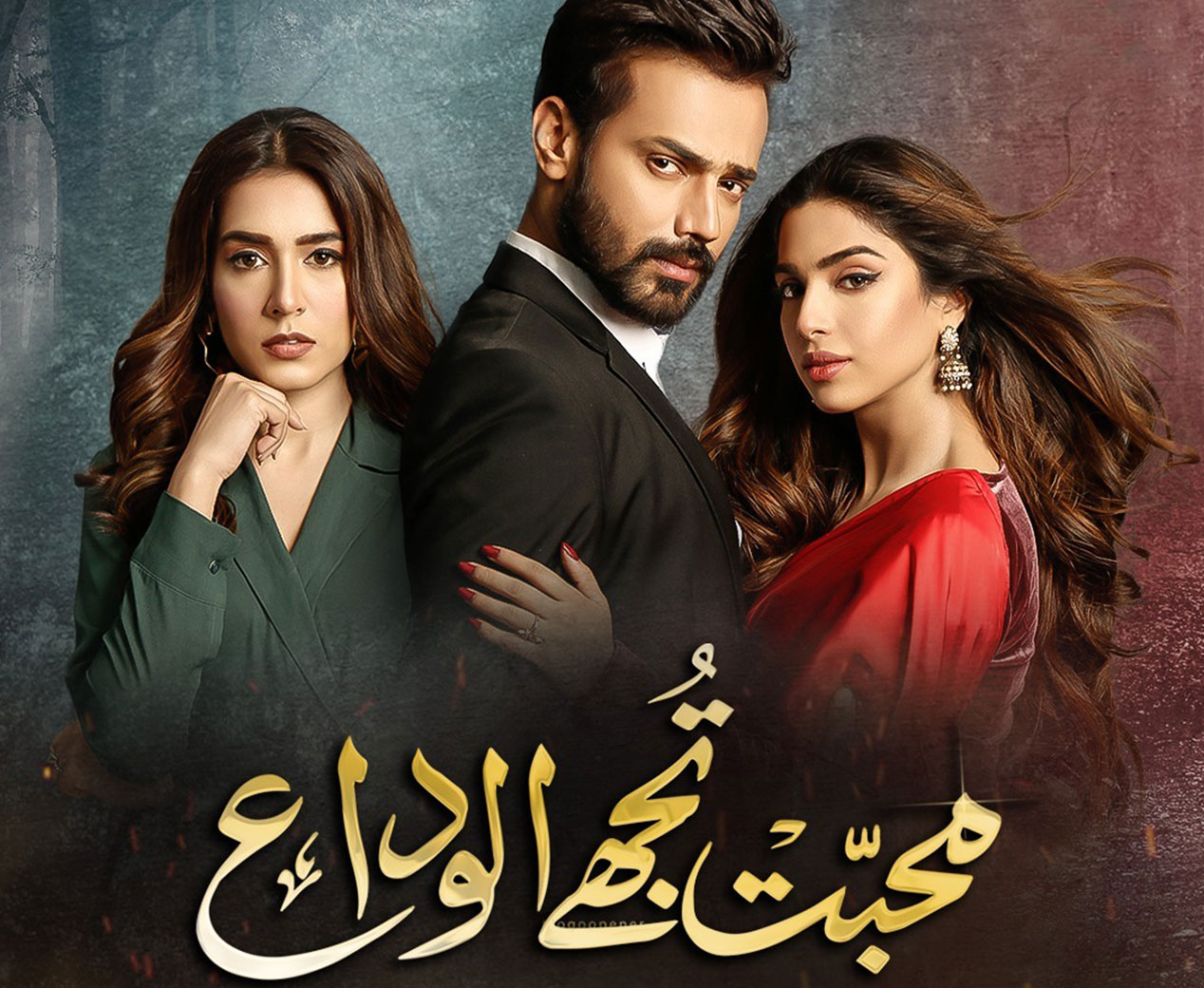 Mohabbat Tujhe Alvida is a TV drama that airs on Hum TV every Wednesday at 8 pm. It stars Zahid Ahmed (Shayaan), Mansha Pasha (Shafaq), and Soniya Hussein (Ulfat) as its lead roles.

The story is about a couple: Ulfat and Shayaan who belong to a middle-class family but are happy. The twist comes in when it is revealed that Ulfat dreams big. She desires a lavish lifestyle. And it so happens that she comes across Shafaq who is a rich businesswoman.

Shafaq learns of Ulfat’s desires and she offers her money in exchange for her husband. Ulfat not realizing the stakes of the deal puts everything she has- her morals, values, and relationships at risk. So involved is she in the race for wealth that she does not realize that money cannot buy happiness. Sounds exactly like the story of old Bollywood film, ‘Judaai’.

As the story reels through, Shayaan tired of all the melodrama finally decides to give Ulfat a choice of either to leave all the luxuries and accept Shafaq so that all of them can live together as one big happy family. Or if she cannot accept this offer then the only option left is divorce!

What choice will Ulfat make? Stay tuned in to find out.

The character of Ulfat is exaggerated and is more comic than pitiable. The audience wants to laugh at her reactions. On the other hand, the change in Shafaq after marriage is unbelievable. From the high-class family she belongs to, where she has the liberty of owning servants, she now chooses to do all household chores herself. It is ridiculous. How can someone change so much? The drama is illogical and absurd. It is nowhere close to reality. Rather than the audience feeling sorry for the tragedy the characters face, they become more of a laughing stock.

What’s worse is that they even show violence and abuse in one episode in which the woman is slapped by her husband in a party of about 50 guests. It has received a lot of criticism for this portrayal. However, everyone is entitled to their own opinion. Some may like it, whilst others may not. So do watch it and find out for yourself!