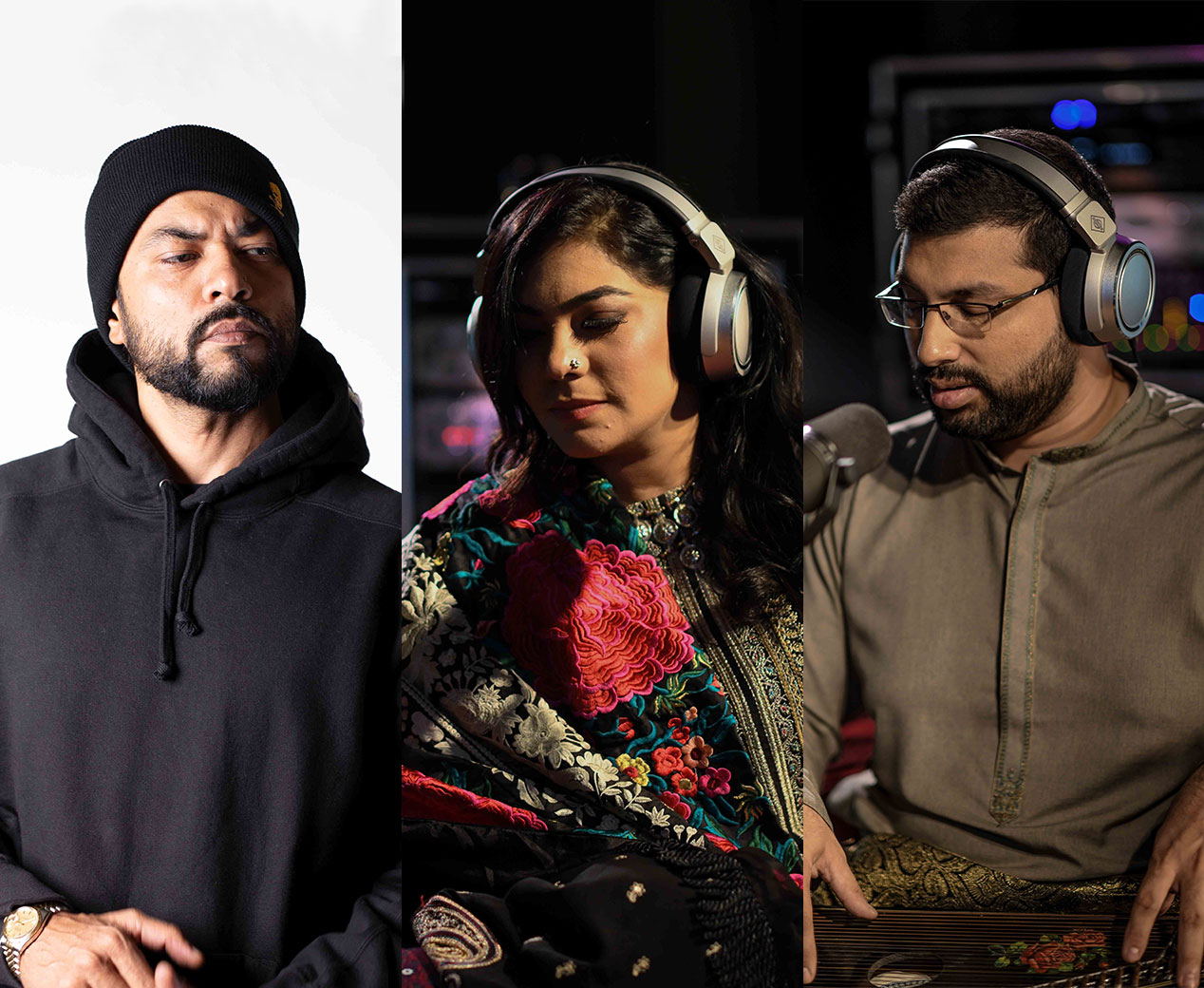 Coke Studio 2020 released the fourth episode of the season on the festive day of 25th December 2020. The episode featured Sufi stalwart Sanam Marvi, classical singer and emerging artist Aizaz Sohail (who is making his debut this season) and king of Punjabi rap Bohemia.

The Episode 4 of Coke Studio 2020 featured an exciting combination of soulful solo performances by industry veterans and emerging acts. The first song is by the melodious Sanam Marvi who performed Anbhol, classical singer Aizaz Sohail gave his vocals to Megh, an experimental North Indian classical track, and BOHEMIA, the pioneer of punjabi-rap, performed an upbeat desi hip-hop track Saari Dunya.

Anbhol is a semi-classical spiritual song on the woes of worldly love. Composed in Raag Aiman, an Indian classical raag of Kalyan thaat, is a delicate raag that expresses itself through the longing of a lover waiting for their beloved. “This song is twofold, one part that takes you towards Ishq-e-Majazi (love for your fellow human/worldly pleasures) and the other towards Ishq-e-Haqiqi (love for God Almighty). What you realize is that love for anything that is material or worldly is never truly lasting,” says Marvi.

ANBHOL can be viewed at:

The second song of the episode is Aizaz Sohail’s debut solo on the platform. Megh, which is a song associated with the monsoon rains, has a psychedelic, bluesy feel accompanied with a lot of ambient sounds. “The words used in this bandish are from old Hindi, Sanskrit and Urdu. The bandish is ‘garje ghaṭa ghan, kaare re kaare, paawas ritu aaye, dulhan man bhaaye’ meaning that there are many clouds coming together above us and with them they bring rainfall. The poet describes the serenity of rainfall and nature by comparing it to the beauty and excitement of a new bride arriving,” explained Sohail.

MEGH can be viewed at:

The third song, performed by the architect of desi hip-hop Bohemia, is called Saari Dunya. Written in collaboration by Bohemia and lyricist Asim Raza, the song is about the artist’s personal life shared through the performance of his art – rap. The lyrics of the song explain an artist’s struggle and the downside of fame leading to the disillusionment of worldly/material gains. Explaining the lyrics, Bohemia said, “In Saari Dunya, I am describing Bohemia as an artist being introduced to the industry, coming [of age] into the scene, planting seeds into the soil and seeing them grow, seeing them get to a level now where those trees have to be used for other purposes.”  The departure of the song is dark and almost theatrical when it goes into the line “andheron mein shama” to show the contrast of light coming out of darkness. This line also encompasses the main premise of the song – hope and light emerging from darkness.

SAARI DUNYA can be viewed at:

The aim of this season has been to spread the message of hope in the wake of Covid19. In order to help people cope and recuperate from the impact of the devastation this pandemic has wrought, special songs playing around the hem of spirituality, inclusion, self-belief, empowerment, yearning and longing were crafted. Coke Studio 2020 had the keen understanding that the music required at this time was not just to give brief respite but it also needed to be reflective, introspective and a representation of one’s inner self.

The house-band on Coke Studio 2020 includes producer Rohail Hyatt himself on the keyboards and acoustic guitars, Asad Ahmed on the electric guitar, Kamran ‘Mannu’ Zafar on bass, Babar Khanna on eastern percussions, Shehroze Hussain on the sitar, Nawazish Nasri on rabab, and Abier ‘Veeru’ Shaan on percussions. The backing-vocals this season have featured Nimra Rafiq, Wajiha Naqvi, Kumail Jaffery, Shahab Hussain, and Zara Madani. Given the new format and advantages of technology, this season also collaborated with international musicians from across the world including Turkey, Nepal, Lebanon and Serbia. In fact, Turkish artist, Volkan Öktem, has also joined the house-band this season featuring on the drums.

Coke Studio 2020 was administered under a careful management and maintenance of COVID-19 SOPs which resulted in both singers and musicians being recorded separately. Despite these challenges, Coke Studio was committed to releasing a season as an opportunity to keep hope alive amidst difficult times. Given the extraordinary circumstances under which this year’s season has been produced, it will be deliberately referred to as Coke Studio 2020 and not Coke Studio Season 13. The core values of the Coke Studio platform have always been to explore, experiment and share the unique music of Pakistan and the sub-continent with the rest of the world. Hence, with this evolving discovery of the Pakistani identity also continues the journey of Coke Studio and its music.

For information and updates, log onto www.cokestudio.com.pk, https://www.youtube.com/user/CokeStudioPk or www.facebook.com/cokestudio and look for the hashtag #CokeStudio2020 to follow the Coke Studio journey.