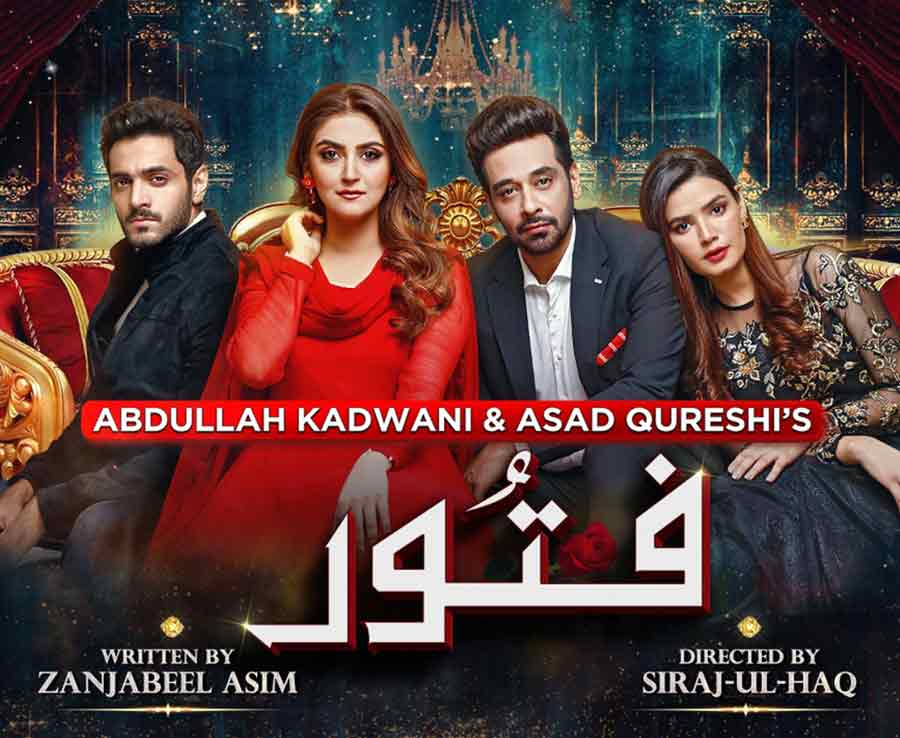 7th Sky Entertainment, spearheaded by Abdullah Kadwani and Asad Qureshi, is a renowned name in Pakistan’s media industry, and is now bringing forth another story of fate and love starring an ensemble cast in the lead.
‘Fitoor’ is a story of love that transcends above all, making one forget about their past and become short-sighted about their future. It revolves around a young architect, named Saif, and a beautiful, young girl, named Dilnasheen. Saif, despite being successful in his field, feels as if he lacks something, as he lives on with memories of his past love.

Dilnasheen, who hails from a middle-class family, is in love with her best friend’s brother, Hamza. When Saif and Dilnasheen cross paths, Dilnasheen’s life takes an unexpected turn, and the question arises whether both will be able to overlook their past, and settle down peacefully in the present.

This saga of love and fate is directed by Siraj ul Haq, of ‘Ramz e Ishq’ and ‘Raaz e Ulfat’ fame; two of 7th Sky Entertainment’s biggest hits. Penned down by Zanjabeel Asim, and produced by Abdullah Kadwani and Asad Qureshi, the drama is expected to hit up on the charts, and stars Hiba Bukhari, Faysal Quraishi, Kiran Haq and Wahaj Ali in the lead.

With many spectacular and block-buster dramas like ‘Raaze Ulfat’, ‘Deewangi’, ‘Muqaddar’, ‘Bandhay Ek Dour Se’, and Fitrat’ 7th Sky Entertainment explores distinct genres targeting all kinds of audiences, and hence, has become a household name in Pakistan. Through feedback from the audience, it has proven that it simply never disappoints its viewers in any project it takes on.