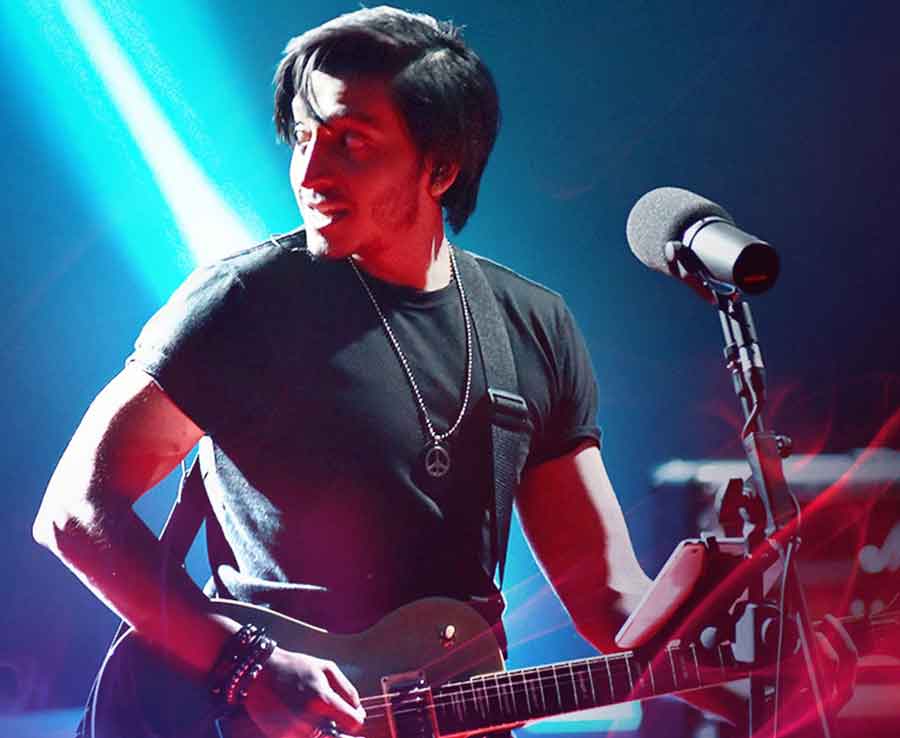 Currently regarded as one of Pakistan’s premier music producer, composer and song-writer, Saad Hayat marks his return as a solo artist with his first single of year ‘Gum Ho Gaya’ for Bisconni Music Season One.

Saad Hayat, who is also the producer for Bisconni Music Season One, originally wrote and composed the song during the winters of 2012 while he was studying sound engineering in London. “The song is about a close person who you love and admire and yet never really express the feeling openly to that person. So here, the guy is singing, cherishing the moments and admiring the beauty.  Whenever I write a song, I visualise stuff, like maybe how the song would translate into a small film / music video. I had a crazy concept for its music video, but for now it’s has landed on Bisconni Music where we are seen performing it on this lovely stage!” said Saad Hayat about the song.

‘Gum Ho Gaya’ can be viewed at:

On producing Season One of Bisconni Music, Saad Hayat said, “This is something which I wanted to do for a very long time. Not that I am the music producer of the whole show, but truly, Bisconni Music is doing GOD’s work for original song writers. “There’s so much talent in this country and with Sabir Godil at Bisconni Music, it’s a dream collaboration for me as we both share the same vision of not only developing and producing new music, but also giving them an opportunity to be part of the national platform where they can truly shine. As artists we don’t have the support of record labels and music promoters as such in Pakistan and that’s exactly what Bisconni Music is doing and I hope their stance remains the same in the coming seasons of the show. We have musicians making their comeback after decades, making their debuts and just being able to release their original music. It was great performing at the set, great vibes overall, brilliant shooting teams (Red Cape Films & Capture Can Film) and probably the best and easy going brand team to work with. Happy times!”

With keyboard as his instrument of choice, Saad is also featuring in Bisconni Music as a guest musician. Indeed, with over a decade worth of experience, Saad Hayat has produced music for various films, TV serials, documentaries, musicians and projects such as Churails, Dobara Phir Se, Hum Style Awards, Lux Style Awards, Sharmeen Obaid-Chinoy Films and Coke Fest to name a few. Saad Hayat made his debut as a solo artist with Saazish in 2017. Saad Hayat has always been at the forefront in identifying and promoting new talent and original music, entirely on their creative merit.