HUM celebrated the 16th anniversary of its entertainment channel 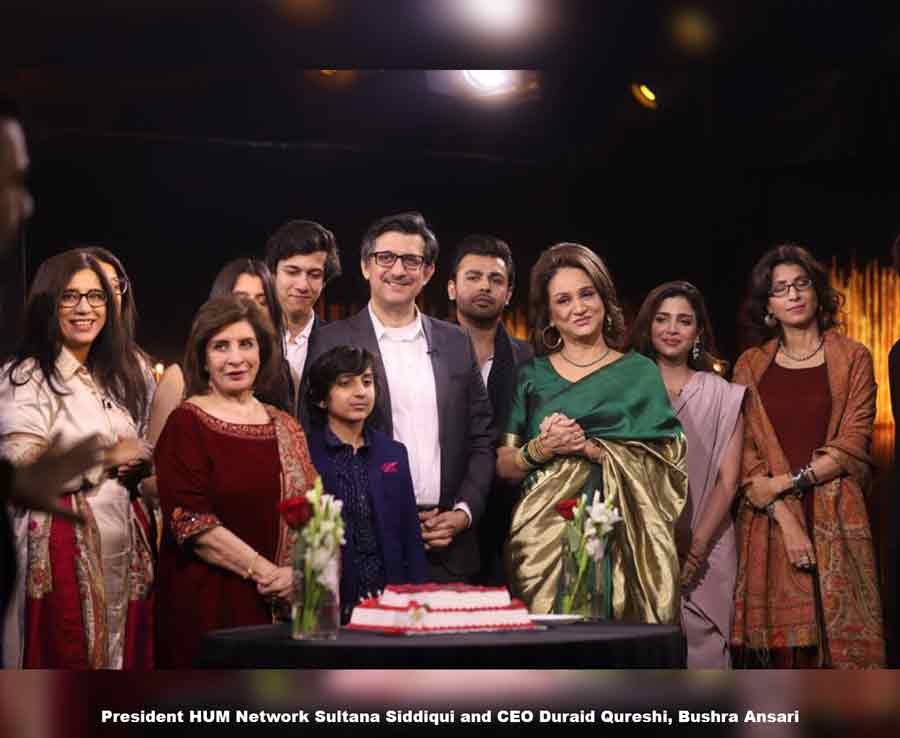 The start of 2021 will witness mega projects by HUM Network that will touch the audiences’ hearts including Raqs-e-Bismil, Raqeeb Se, Phaans, Chupke Chupke, Taana Baan and Sangema to name a few. Through all of its growing years, HUM TV has played a major role in empowering women, showcasing stigmas and issues that people shy away from, presenting them with sensitivity and gaining acceptability with the masses. After the successful inaugural edition of HUM Women Leaders Awards 2020, this year HUM Network will once again celebrate the success stories of our women and women leaders around the world in the second edition.

Most of HUM TV’s content is made to impact the society in a powerful way! The success of its content comes from the subtle ways it approaches taboo topics, creating relatable characters that leave an unforgettable impression, delivering the message while maintaining the essential entertainment factor. It is the uniqueness of the content and the realistic portrayal of the characters, which are loved and followed by a large number of fans, not just in Pakistan but all around the world. HUM has the credit for being a pioneer in many aspects, be it the first food channel, the first awards show for an entertainment channel, showcasing new talent, creating fashion events on a high scale to taking our industry to the world by organizing awards in different parts of the world.