Raqs-e-Bismil- Dance of the wounded: A story of love and betrayal 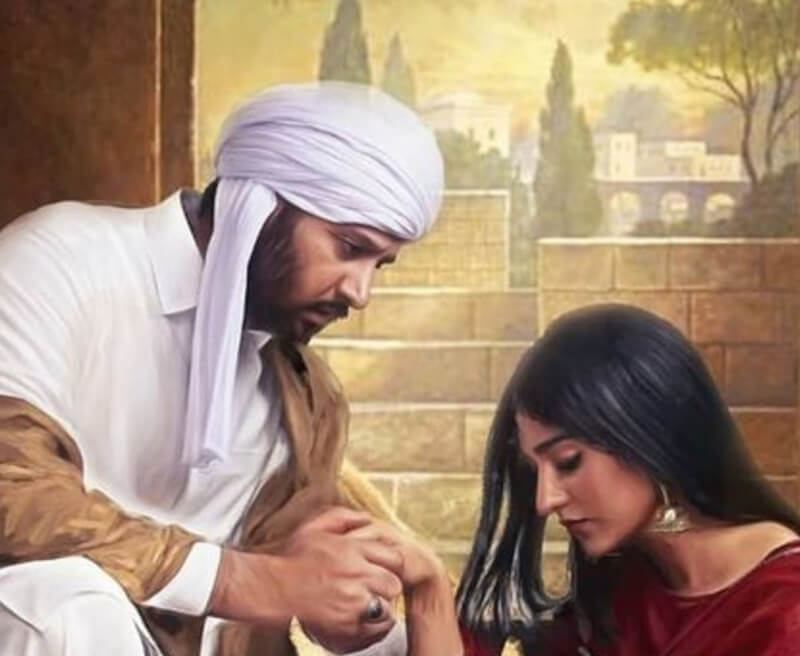 Raqs e Bismil is a drama that airs on Hum TV every Friday at 8 pm. Produced by Shazia Wajahat, it features Imran Ashraf and Sara Khan as leads. Raqs-e-Bismil is, “dance of the wounded” and as the drama unfolds the audience understands why it called Raqs-e-Bismil.

The story begins with Sakina (Anoushey Abbasi) a young girl who runs away to marry for love. However, Isa (Momin Saqib) her cousin informs his brother Musa about the event and Musa forcefully gets her married to Isa. In revenge, Sakina curses Musa that may he fall in love with someone but can never be with his love.

As the drama progresses the audience is informed on how Musa wishes to marry a girl who is so pious that she is covered from head to toe in an abaya. As Musa comes across such a girl in a bus he falls in love and starts following her. The story takes an interesting twist as Musa visits her at a place she tells him to. To Musa’s shock she is dressed in modern clothes and is dancing. Musa learns that she is an escort.

The scene evokes a number of questions in the mind of the audience. Will Musa’s feelings change for the girl? Is piety the only consideration for falling for a girl?

As the drama progresses, it becomes clear that Musa’s feelings are pure and unchanged by the dramatic turn of events. There is a scene in which Musa begs Anna Ji (the pimp) for a last meeting with Zohra (Sarah Khan), which is quite compelling.

The drama is profound. The theme of the drama is all encompassing and not focused on a specific issue. Every dialogue and scene is important and meaningful. The romantic element in the drama keeps the audience glued to the screen. In short its is well written and a well directed play. Different from the typical story line, it sparks an interest in the spectator’s mind. A great play, it is a must watch!