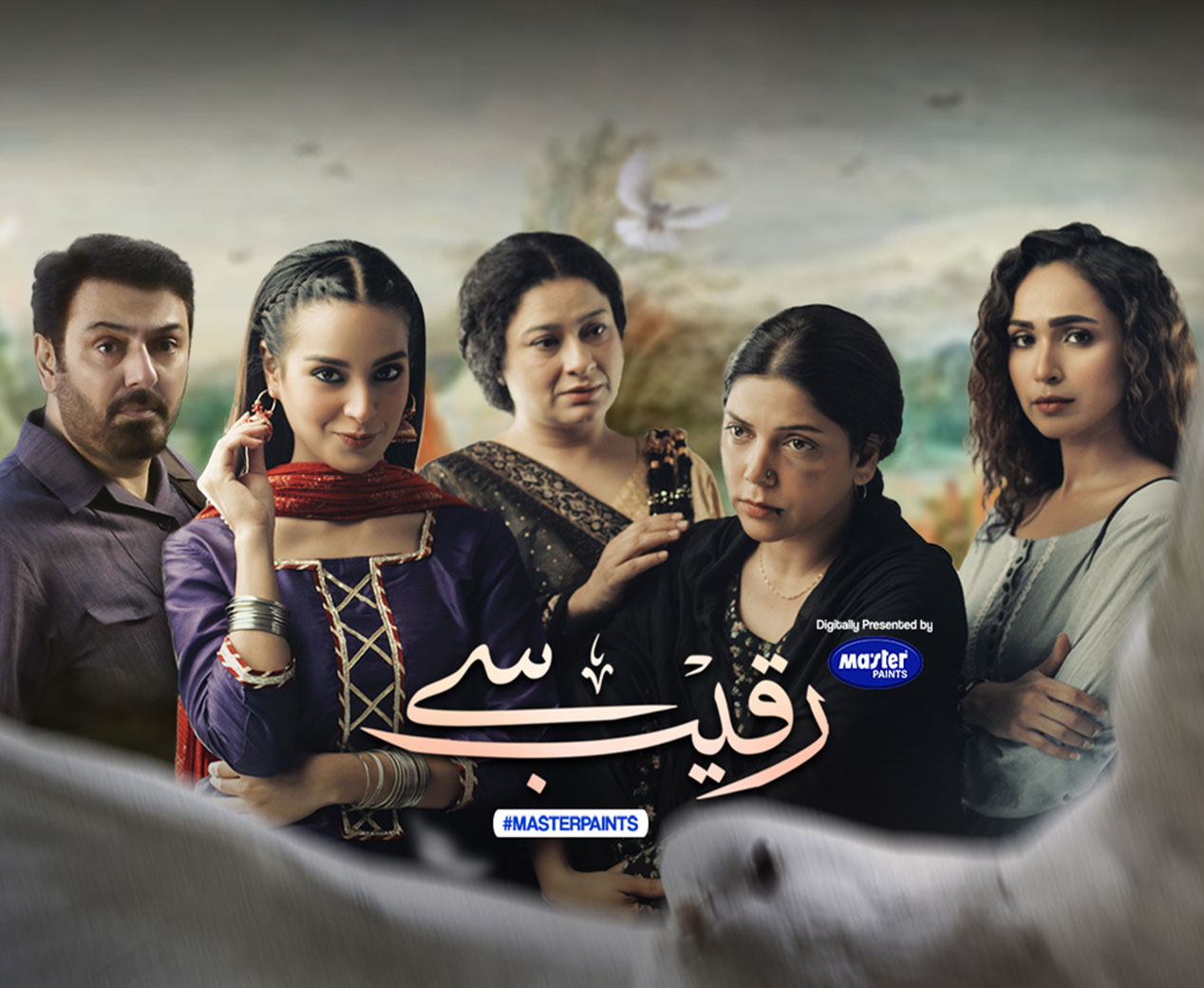 Raqeeb Se- A story of love, loss, trust and betrayal

Raqeeb Se is a 2021 TV drama that is aired every Wednesday at 8 pm on Hum TV.

Directed by Kashif Nisar the drama tells the story of two star crossed lovers who meet after 20 years- Hadiqa Kiyani as Sakina and Nauman Ijaz as Maqsood Sahib play the role of the lovers.

The other characters are Hajra (Sania Saeed) Maqsood’s wife, Faryal Mehmod, their daughter and Ameeran (Iqra Aziz), Sakina’s daughter from her present husband.

The drama explores in detail the issue of domestic violence and abuse as Sakina runs away from her abusive husband and knocks on Maqsood Sahab’s door to ask for shelter.

The drama is well directed and as the story gradually unfolds not once does it ruin the suspense of what is to happen next? The plot is well thought out and the dialogue crisp and concise. There is not a single redundant dialogue or scene.

The choice of the cast is excellent. Each character delivers his/her role with a finesse and spontaneity that is unparalleled.

Hadiqa Kiyani, a famous singer falls into her role well. This is her debut as an actor and she sure does nail it all down. Her accent, language, expression, movements are perfect. Hats off to Nauman Ijaz for a mind blowing performance and Sania Saeed for playing the soft, gentle, accommodating wife. The drama once again points to the patriarchal setup of the society where a woman must compromise at all costs. The scene where Hajra is seen polishing her husband’s shoes is ridiculous. It serves as an eye opener that women are inferior to men and this is their correct place.

Iqra Aziz on the other hand is not shown as the submissive woman. She is vocal, confident and assertive. In her other dramas as well, such as Suno Chanda and Ranjha Ranjha Karde she is seen as the typical young girl overflowing with an energy and enthusiasm to break all taboos and barriers.

Raqeeb means ‘competitor’. And the competitors here are Hajra and Sakina. Will Hajra and Sakina live lovingly or will there be a fight? Can they both live with the idea that they have to share the man? To find out stay tuned in! You never know what may happen next?