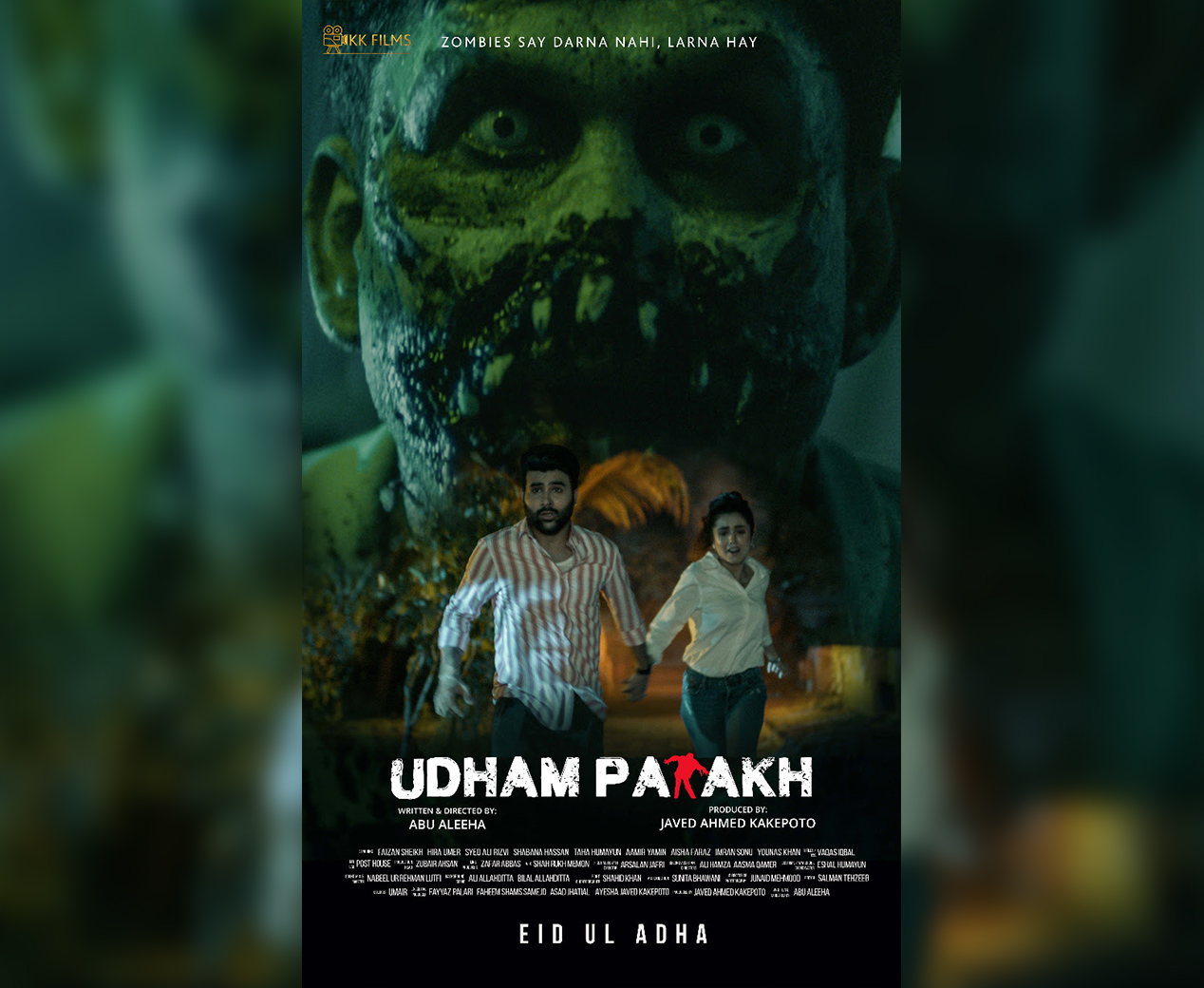 Faizan Sheikh and Hira Umer will be sharing the big screen for the very first time in the film “Udham Patakh” which is slated to go on air on Eid Ul Adha.

The horror-comedy has been penned down and directed by Abu Aleeha, produced by Javed Ahmed Kakepoto, and also stars Syed Ali Rizvi, Shabana Hassan, and Taha Humayun in major roles.

“I am super excited for this project. This project is a very budget tight independent film that has not been backed by any big channel or production house. This film is something very different and experimental and I believe this is a brave step to make a film like this, especially during Covid-19 times when the reopening of cinemas is still uncertain.” Commented Faizan Sheikh.

“I have always loved watching horror comedy films and the fact that my first film ever is one of the first ever Pakistani horror comedies film is really exciting.The whole cast and crew have worked really hard to add life and color to the film.” Further added Hira Umer.

The movie will release on Eid Ul Adha, making its release the first to be announced post cinemas reopening on Eid Ul Adha. The film will be distributed by Metro Live Movies.