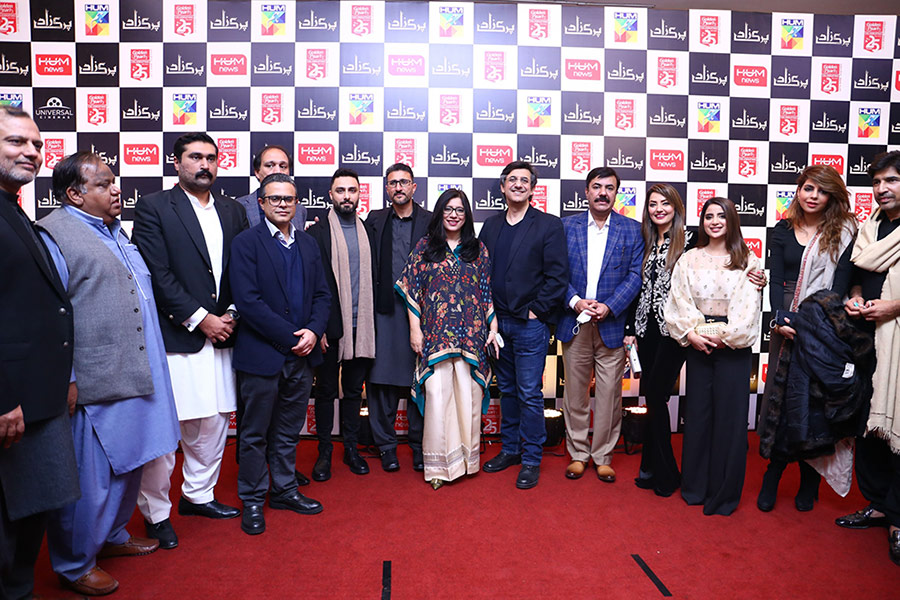 Drama serial Parizaad, one of the finest drama serials of recent times and perhaps the decade came to an end with a groundbreaking finale that was screened in a cinema in Lahore on January 28. Directed by Shehzad Kashmiri and written by Hashim Nadeem of Raqs-e-Bismil and Ishq Zahe Naseeb fame, the finale of the critically-acclaimed serial gave its eager viewers some much-needed closure and insight on where the lead character Parizaad’s life was headed.

The finale screening held in Lahore last night and was attended by the ensemble cast and crew of the show. Apart from the special screening, the finale is being released in cinemas nationwide four days before the TV airing; giving the show’s diehard fans the chance to experience Parizaad on a grand scale. It was also reported that the first day shows of the serial in Islamabad and Karachi were completely sold out.

The plot of the show took its audience on a constant rollercoaster ride of emotions, giving everyone regular doses of not only the plight and struggles of its gifted main character, but also the numerous people and paths he crosses in life. Based on the story of a dark-skinned man who is constantly mistreated and scorned by his peers, Parizaad made its way to the hearts of every viewer who watched his story. Every episode came brimming with profound exchanges between the characters and left its viewers wanting more every single time.

To add to the serial’s success, this was the first time in recent history where a man portrayed the key role in the plot, especially when the TV medium is believed to be led by women. Along with local success, the series also gained massive international recognition, to the point where Indian fashion designer Manish Malhotra used the OST of the show for his collection and BBC Asian Network journalist Haroon Rashid also shared how he binge-watched all the episodes in a week to match the pace with the finale.

Locally, Parizaad crossed many milestones, and was the trending topic on social media numerous times. The characters and many themes explored in the serial were the subject of Twitter memes, TikTok videos, and also locally sold products like chips and rusks. We also witnessed the moment when PTI Senator Faisal Javed Khan lauded the lead actor for his remarkable performance. “A character getting more fame than the actor behind it is a huge acknowledgment of an actor’s outstanding performance. Such is the case with Ahmad Ali Akbar as Parizaad. His dynamite talent, acting perfectionism and transformative ability has earned him merited acclaim. Well done,” he tweeted.

Only time will tell if the industry will produce another show to match Parizaad’s caliber, but until then, the show has left its huge fan base deeply satiated.