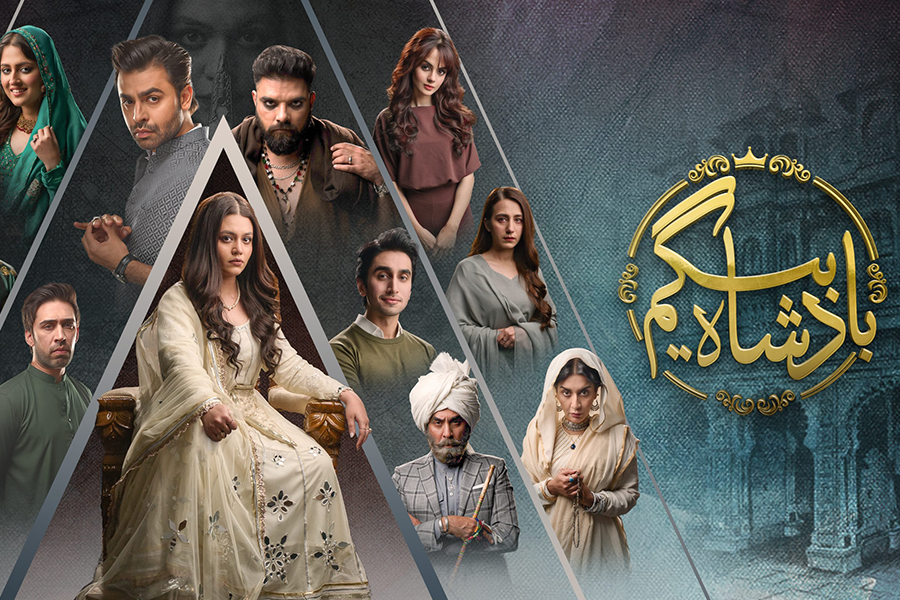 Drama serial Badshah Begum is one of those rare television presentations that have the audiences on their toes even before its airing. Ever since the release of its stunningly curated posters that depict the true essence and intensity of each character and the serial’s story in general, the audiences have been excitedly waiting for the serial to go on air. Produced by Rafay Rashdi and MD Productions for HUM TV, the serial is not your regular run-of-the-mill and conventional mainstream stories. The drama is set in a fictional state of Peeraan Pur, under the rule of Pir Shah Alam who has five children from two wives; Shahzeb, Murad, Jahan Ara, Roshan Ara and Shahmir. When undesired circumstances force his city-born and raised children Jahan Ara, Roshan and Shahmir to their hometown, they find themselves tangled in powerplay and politics that they never wished to be a part of. What follows in an epic tale of dynastic politics, sibling rivalry and anarchy.