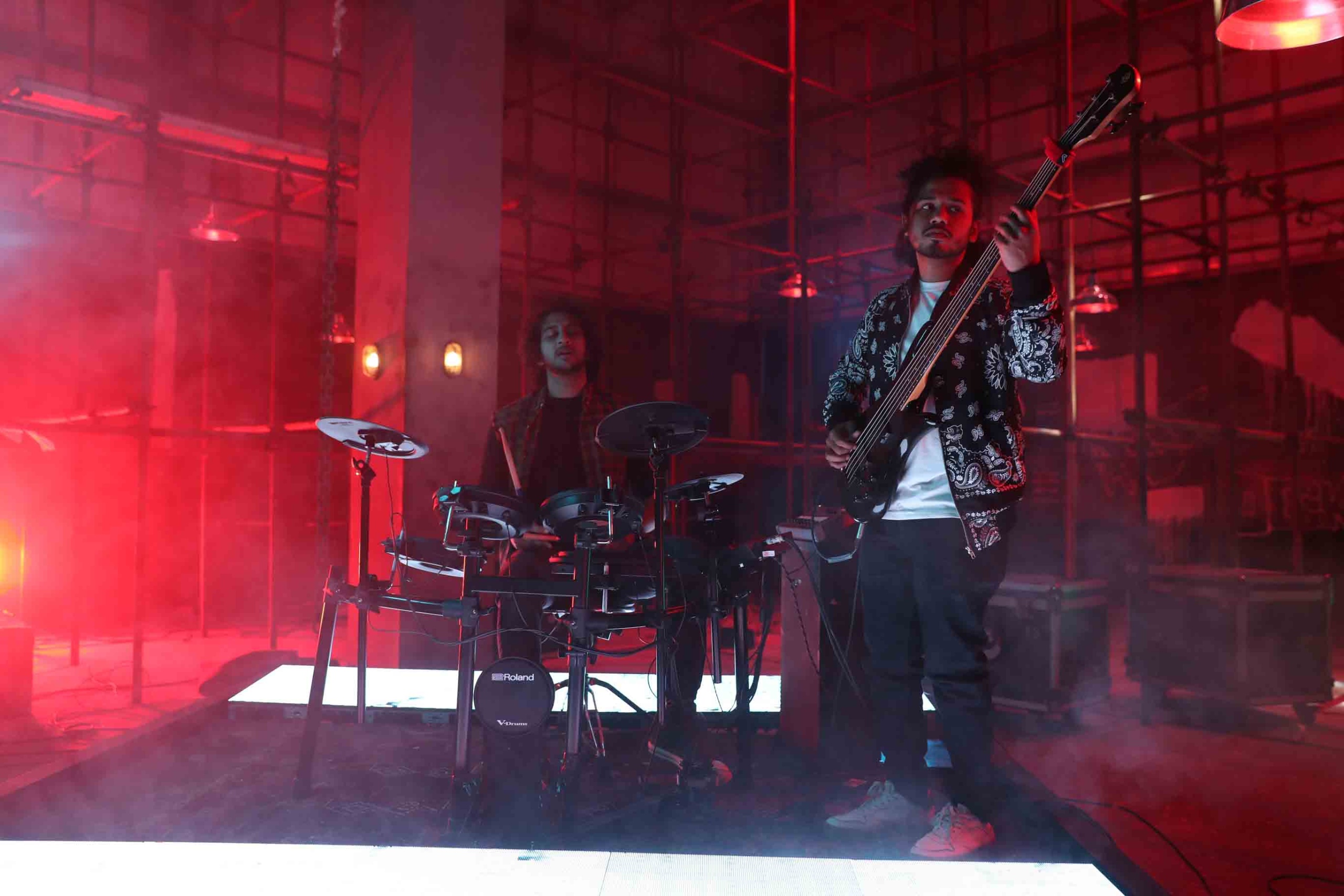 Each day we struggle to prove we are enough for this world. Some nights however, a question looms over us like a dark cloud: what if none of it matters in the end?

Karakoram, Talha Anjum and Faris Shafi attack this feeling head-on in Yeh Dunya, with a reminder to keep your head up. Yeh Dunya has the unusual quality of whipping up a storm of emotion and then soothing us like children. The song expands on the standard rock lineup, with three electric guitars, bass, two synths, a frenetic strings section, and enough percussion to deliver big sound needed to wrestle with a big message.

Art Director Harris Khatri situates the performers in a construction zone. Boxes of digitized colour rise from the ground with performers on top, like chasms promising to take them from blackness of their world to somewhere vivid. Video Director Zeeshan Parwez adds augmented reality motion graphics around each artist, expressing how fused we are with the warp-speed world of tech.

The brainchild of Xulfi and Associate Music Producer Sherry Khattak, Yeh Dunya is in the tradition of nu-metal hits. It tells us we are always supported, even when we don’t realise it. Yeh Dunya unfolds almost like a therapy session, with the artists acknowledging each other’s burdens. Talha is coolly philosophical. Faris brings the realness, soothing Sherry’s primal scream with the confirmation that he is not alone.

It feels right to watch pain give way to vulnerability. What could be more heavy metal-rebellious in a world founded on bravado? In times where the future is coming on like a bullet train, Yeh Dunya shows that perhaps the medicine was always just a man offering compassion to another man.

Yeh Dunya can be viewed here: https://youtu.be/fwJdfyDYhHs and streamed on Spotify at: https://open.spotify.com/playlist/4yMeVCWuBUrzOAJY54yVHM