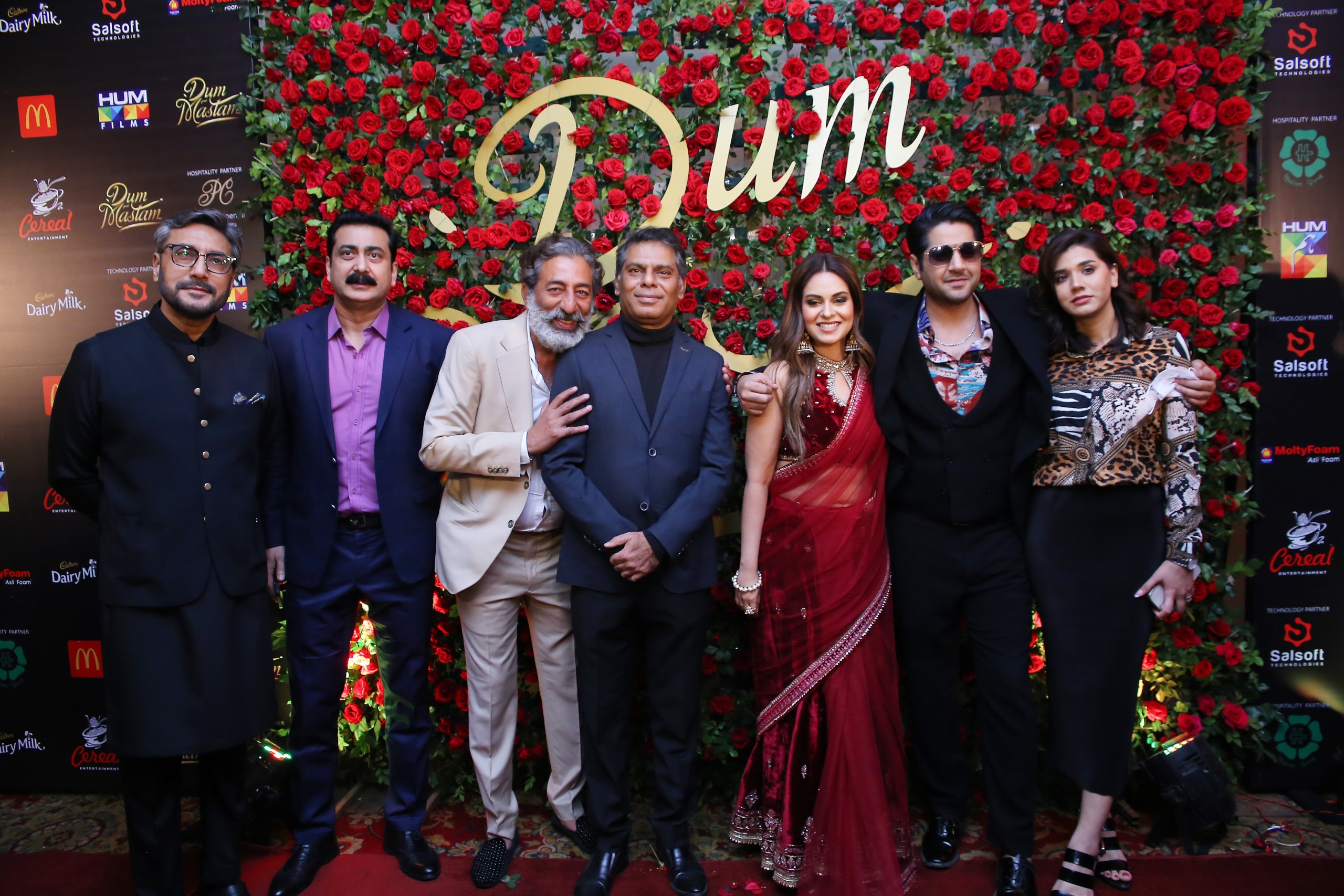 The event hosted by the gorgeous and uber talented Sanam Jang, was abuzz with stars and media personalities and the trailer was screened amidst thunderous applause by the attendees. From the strikingly handsome star cast to brilliant acting, exceptional music, immaculate direction and a perfect blend of love, laughter, music, emotions and conflict, the trailer of Dum Mastam ticks all the boxes of a pure edge-of-the-seat entertainer and leaves one wanting more. The trailer features the main leads of the film: Aliya played by Amar Khan and Bao, played by Imran Ashraf are childhood sweethearts with dreams of a happily-ever-after and individual aspirations of making it big in the music industry, which they both hold high. Other highlights of the trailer included the veteran Sohail Ahmed with his wit and perfect comedic timings, powerful dialogues, the film’s exceptional music and larger-than-life sets.

Speaking on the occasion, Amar Khan said, “Two years of writing, another two years of acquiring the right resources and then another two years of lockdown! I was really hoping that it doesn’t take a decade of a film graduate to make her first movie. Alhamdulillah it is happening, unleased to the world today!”.

“Dum Mastam is romantic-comedy with love, emotions, songs and masala. It has everything that the audience want to see”, said Adnan Siddiqui.

Director Ehteshamuddin while speaking to the audience said, “Dum Mastam is a ‘Pakistani’ film that is very close to our culture and has all the right ingredients that our audience wants and craves.”

While speaking about the film’s release on Eid, Imran Ashraf said, “Dum Mastam is a complete entertainment package and it would have been perfect whenever it came out, whether it was the Eid holidays or Christmas vacations.”

The film is produced by Adnan Siddiqui and Akhtar Hasnain for Cereal Entertainment, directed by ace director Ehteshamuddin of the Superstar, Udaari and Sadqay Tumhare fame and written by the multi-talented Amar Khan. The film’s exceptional music is composed by the best of our music industry including Shiraz Uppal, Azaan Sami Khan, Nabil Shaukat Ali, Shani Arshad and Bilal Saeed, who for the very first time has composed music and sung songs for any Pakistani film. Apart from the lead pair, Dum Mastam boasts a stellar cast including the industry’s bigwigs Sohail Ahmed, Saleem Mairaj, Saife Hassan, Adnan Shah Tipu, and special appearances from Adnan Siddiqui, Wajahat Rauf aka The Voiceover Man, Arslan Naseer of CBA and Mooroo. Dum Mastam will also serve as a debut for the viral sensation Momin Saqib and audiences will get to see their favourite singer Rahat Fateh Ali Khan act for the very first time. Dum Mastam will be released on Eid-ul-Fitr 2022 under the banner of HUM Films.