ZEE5 Global drops the trailer of the next Zindagi original ‘Mrs. & Mr. Shameem’ 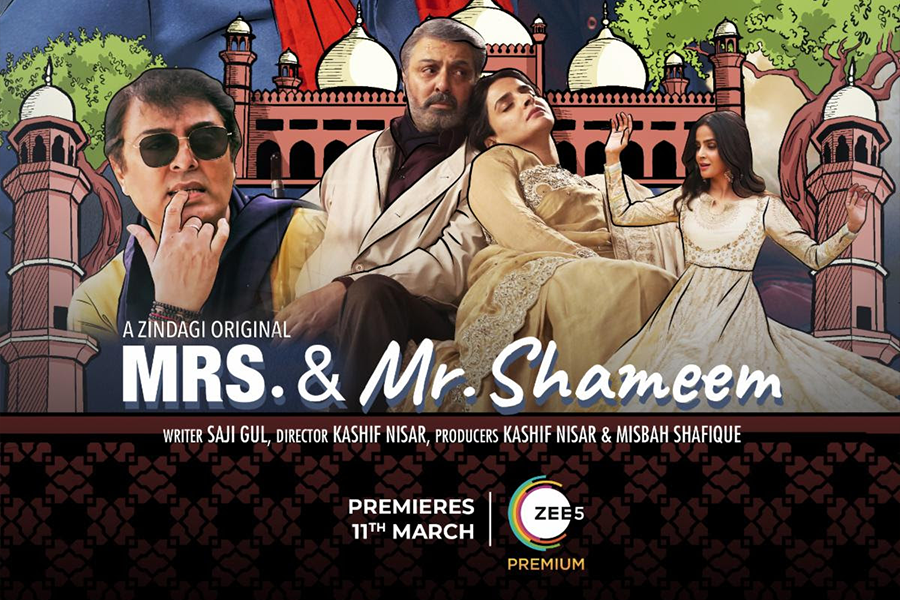 Having delighted audiences with critically acclaimed and path-breaking originals such as Churails, Qatil Haseenaon Ke Naam, Dhoop Ki Deewar, among others, ZEE5 Global has announced its next Zindagi original titled “Mrs. & Mr. Shameem”. The 20-episode series features popular actors Saba Qamar and Nauman Ijaz, and is set to premiere on ZEE5 Global on March 11, 2022.

Mrs. & Mr. Shameem is directed by Kashif Nisar, who is known for his work on series like Dumpukht – Aatish E Ishq, and O Rangreza while the show is penned by Sajjad Gul (Saji) a contemporary play writer who is also known for touching upon social issues and psychological traits through his stories.

Speaking about her experience playing Umaina, Saba Qamar shares, “Umaina is fearless, strong and is not afraid to express herself. She is a true wild child. Playing this role was very exciting and challenging at the same time as it is very different from the roles I have played earlier. I think it’s time men and women are given the freedom to choose their path and not be restricted to play by the rules. Mrs. & Mr. Shameem demonstrates this perfectly.”

Talking about the show and his character Shameem, Nauman Ijaz shares, “Shameem is not like the usual hero you get to see in series and films. He is a soft-hearted, caring man. He redefines the portrayal of how an ideal man or man of the house typically should be. Throughout the show, you’ll see him practise respect, love and concern for his family and friends but unfortunately he is made fun of for being ‘effeminate’. I have thoroughly enjoyed playing this character, and I’m looking forward to the release of the show.”

Produced by Kashif Nisar and Misbah Shafique, Mrs. & Mr. Shameem is a distinctive love story of a pure bond graduating from friendship to growing old together and everything in between.