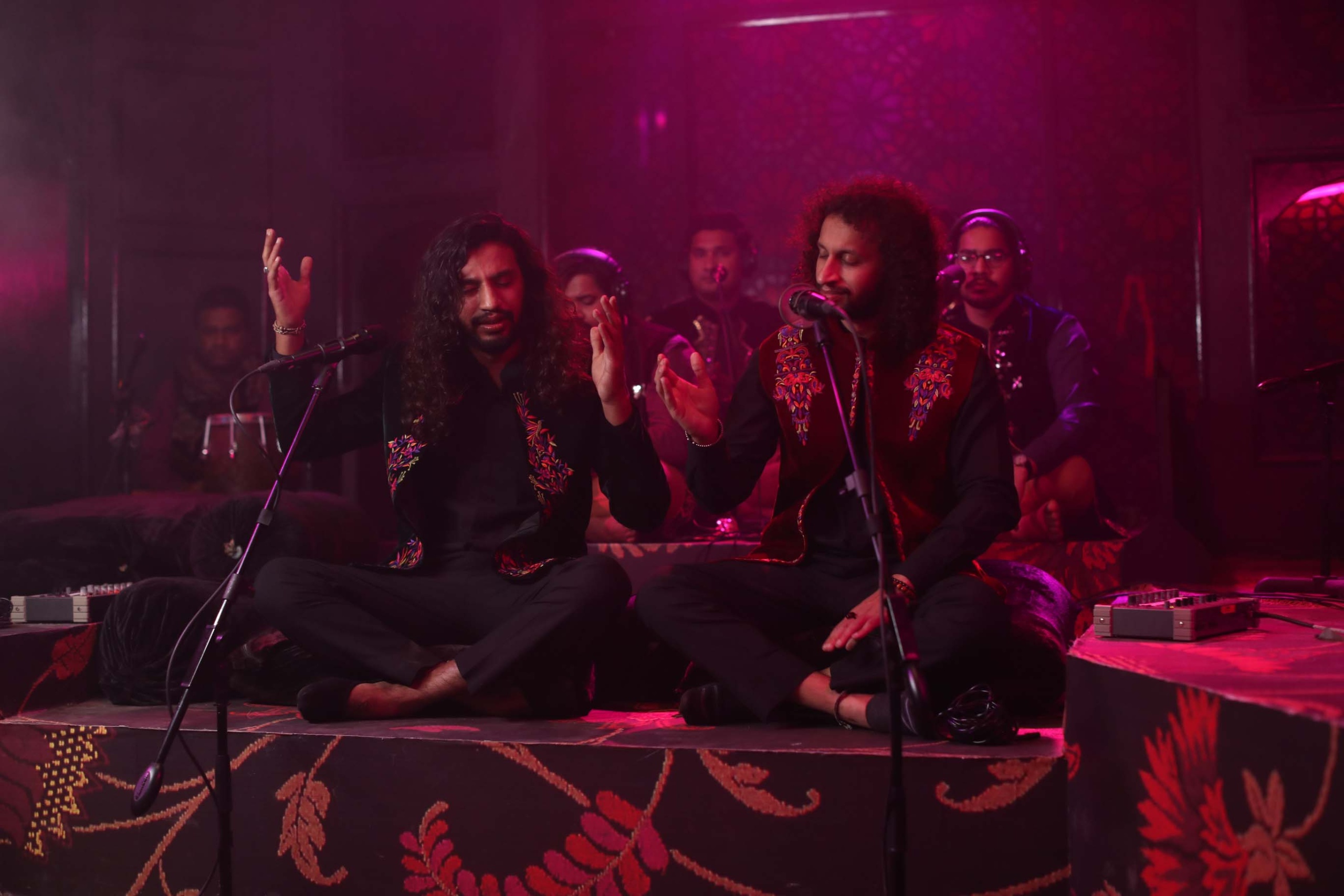 When Associate Music Producer ActionZain heard a demo of Thagyan, his first instinct was to peel the qawwali down to a minimal edit. Somewhere on that journey though, the song called to be re-inflated with humnawas, tablas and dholaks. “It feels really grounded to use tradition and familiarity as a launchpad to explore the unknown,” ActionZain admits.

Thagyan, performed by Zain Zohaib and Quratulain Balouch, seems like a comfortable return to previous Coke Studio seasons. Yet there’s an edge to this qawwali that jumps the more you pay attention. There are surging synths, a horn section and hi-hats from a place far outside the genre. Neon lights cut through incense fumes and shadows, giving a neo-noir feel to the video. And then there’s the message.

Thagyan is a protest song. A protest against the tricky nature of love. Season 14 Producer and Curator Xulfi knew that a qawwali would add a sprinkle of magic to the offerings, but wanted a youthful interpretation of the genre. The answer lay in love – a concept at once ethereal, earthy, childlike and as old as time. It took Zain Zohaib a month to create lyrics and a melody that fit the traditions of a qawwali, while blowing a gust of fresh air into the canon. The qawwals open with a strong complaint to a person that consumes their thoughts. In response, Quratulain Balouch casts a spell, with her own gripe about how trust is fleeting. These young performers show an incredible grasp on their craft. Zain Zohaib and QB’s sandpapery vocals make this track come alive.

Suspended somewhere between heaven and earth, Thagyan says there is pleasure in the sorrows of this dimension. This track fits Coke Studio like a glove. The crew isn’t trying to reinvent the genre, they’re enjoying it. It’s a party in that courtyard. Director Kamal Khan and Production Designer Hashim Ali add funk to the air, a magenta wash of light, and flowers blooming underfoot, making the performance slinky and fun. We all grumble about being whipped in love, but Thagyan reminds us it makes us feel so alive, we’ll do it again and again.

Thagyan can be viewed here:

and streamed on Spotify at: