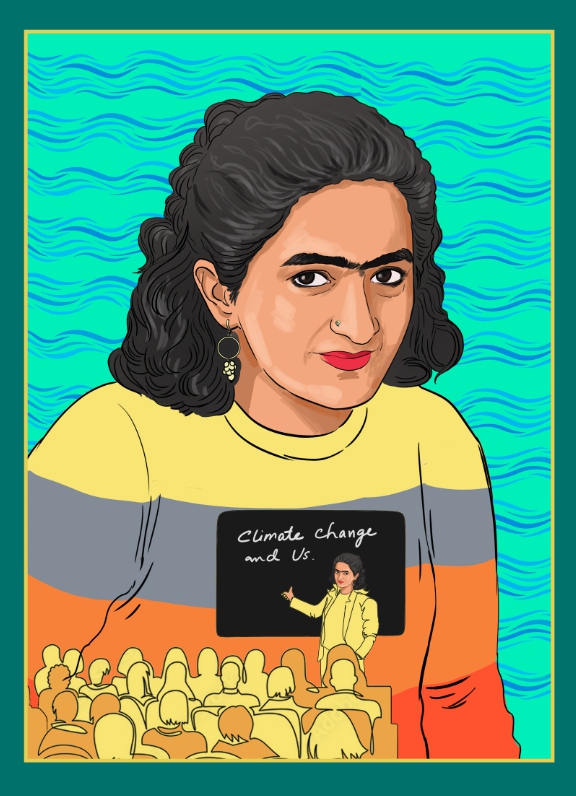 SOC Films, under its outreach initiative SOCH Outreach Foundation, announces the launch of its first publication “Pakistan’s Climate Change Heroes” – a book and film series which aims to spark a new dialogue around the climate change crisis, while also celebrating the work of Pakistanis who are working to address one of the greatest crises of our times.

The book and the film series were launched in Islamabad by Federal Minister for Climate Change, Senator Sherry Rehman, as part of the Banff Centre Mountain Film Festival World Tour, in collaboration with Canada Fund for Local Initiatives.

SOC Films partnered with author and educator, Rumana Husain who has worked on over 60 children’s books. The children’s book profiles 14 climate change heroes that SOC Films has researched from across Pakistan. These men and women have made it their life’s mission to take matters into their own hands and become community change-makers, tirelessly striving to utilize available resources and strategies to give back to the planet.

“The heroes profiled in this book are the men and women who are trying to save our land, and all that walks and grows on it, flies over it, swims in its waters. They range from the very young to the middle-aged. In writing this book, I have had the privilege of speaking to them and learning more about them, and I hope that you will be as inspired by them as I am.” said author Rumana Husain on writing this book.

“It is extremely important to start a conversation with children across Pakistan about the state of our planet and the fact that Pakistan is one of the top 10 countries to be hit hardest by Climate Change. I hope that this book plays its part in initiating dialogue around the climate emergency, and inspires us to follow in the footsteps of these heroes.” said Sharmeen Obaid-Chinoy, who has also produced the Climate Change Heroes film series.

The corresponding film series for “Pakistan’s Climate Change Heroes”, highlights the work and efforts of five of these heroes: Safdar Hussain from Balochistan, Gulab Shah from Sindh, Asif Murad & Rehmat Ali Dost from Chitral and Amanullah Khan from Gilgit-Baltistan. These films will be shared with educational institutes and libraries across the country and have already been screened to more than 5,000 children nationwide.

“Pakistan’s Climate Change Heroes” will be distributed to educational institutes free of cost by SOC Films – requests can be made on their website www.socfilms.com.