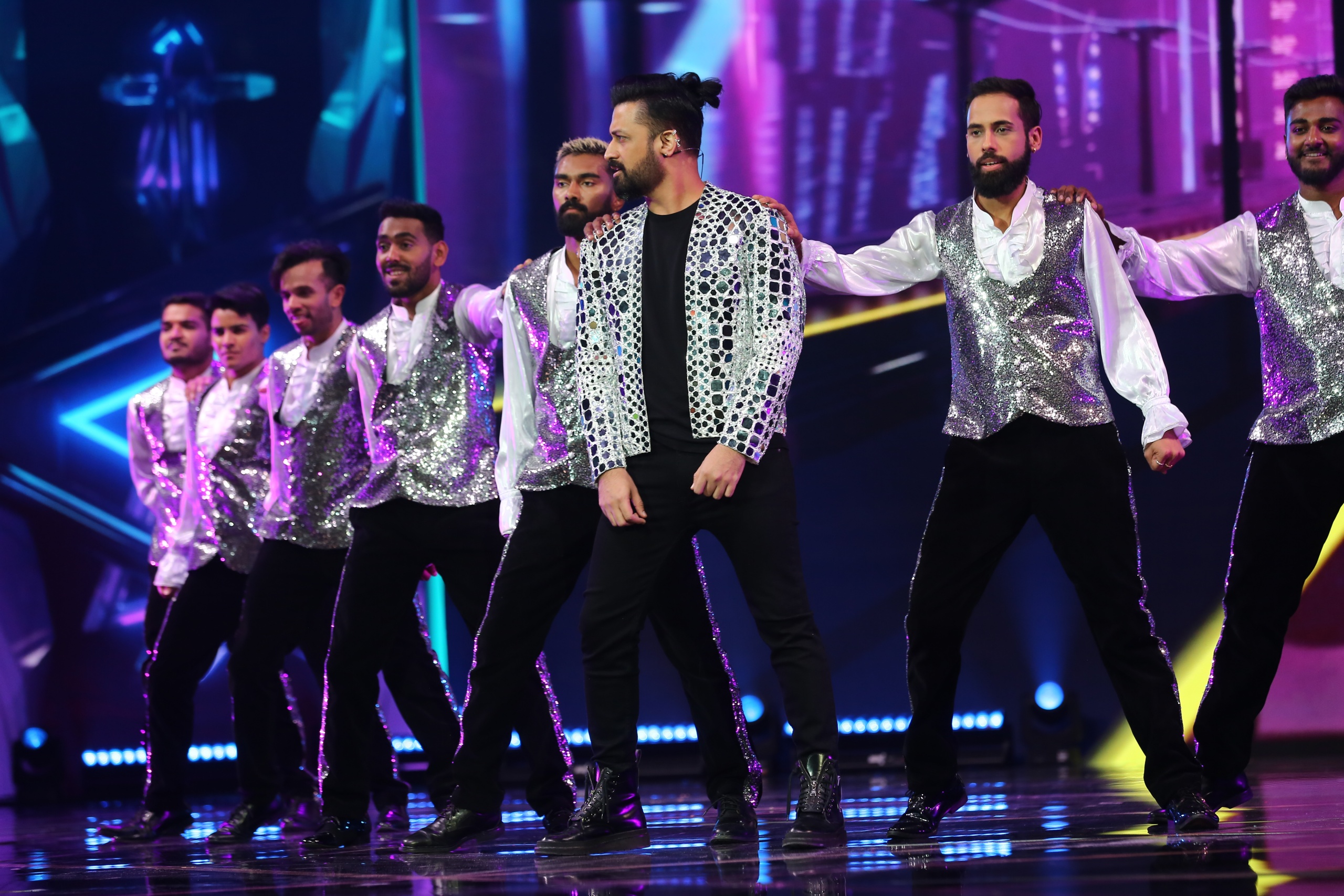 The 8th edition of the coveted awards show was swept by the audiences favourite Parizaad, by bagging 9 awards in various categories.

TORONTO: The Kashmir 8th HUM Awards were a testament to the worldwide clout of Pakistan’s entertainment industry and the popularity of HUM TV, one of the country’s most established TV networks. Held in Toronto, Canada at the First Ontario Centre on 24th September 2022, the star-studded event featured well-loved stars and was attended by an audience of over 12,000. Many miles away from Pakistan, the masses of fans gathered on the red carpet and the huge crowd attending the awards ceremony were an indication of the immense following that HUM TV’s dramas have worldwide. Also taking place on the red carpet was a donation drive for Pakistan’s flood affected areas where attendees could simply donate by scanning a particular QR code on their phones.

The enthusiasm and love received by this year’s awards is truly an eye-opener to the power of the HUM TV Network and Pakistan’s burgeoning entertainment industry. The Hum Awards is the only Pakistani entertainment show to regularly take place internationally and has received a tremendous response in the UAE, the USA and in Canada. The event could not take place in 2020 and 2021 due to the coronavirus pandemic and the two year lapse seems to have had built public anticipation to a high.

The event was off to a powerful start with the singing of the Pakistani and Canadian national anthems. The Pakistani celebrities who were especially in Toronto for the event came on stage and they were accompanied by the thousands in the audience, all united while singing the Pakistani anthem together.

This was followed by the President of HUM TV Network, Sultana Siddiqui and CEO Duraid Qureshi, coming on stage and talking about the network’s consistent efforts towards organizing an event of this scale internationally and how it helps improve Pakistan’s global image. Sultana Siddiqui acknowledged the many achievements made by HUM TV even while in the midst of a pandemic and thanked the overseas audience at the event for their constant support. On a more somber note, she talked about the HUMDard initiative, which is entirely focused on giving back to society. During the coronavirus pandemic and now, in the face of the devastation wreaked by floods in Pakistan, the initiative continues with its rehabilitative efforts in rural Sindh. She asserted that the HUM TV Network will always be focused on helping out Pakistan and it was only by staying united that the nation could work towards a better future.

Multiple celebrities hosted the evening, namely Ahsan Khan, Hareem Farooq, Ali Rehman Khan, Yasir Hussain, Ushna Shah, Aymen Saleem, Ahmed Ali Butt and Bilal Ashraf. The opening act for the night was a very funny rendition of the classic song Ko Ko Korina by Yasir Hussain and Ali Rehman Khan. Scheduled in between the awards announcements was a lineup of dazzling performances. The first performance of the night featured Farhan Saeed and Hania Aaamir. Later in the night, there was a musical act by Azaan Sami Khan, a dance performance by Bilal Ashraf and Mahira Khan, a musical act by Atif Aslam and a dance by Zara Noor Abbas and Urwa Hocane. There was also a hilarious comic act delivered by Ahmed Ali Butt.

The award nominations and winners were well-deserved. Spanning 2019, 2020 and 2021, they were a reminder of the high benchmarks that continue to be set by the Hum TV Network.

The winners were as follows:

Most Impactful Character in a Serial

Best Actor in a Negative Role