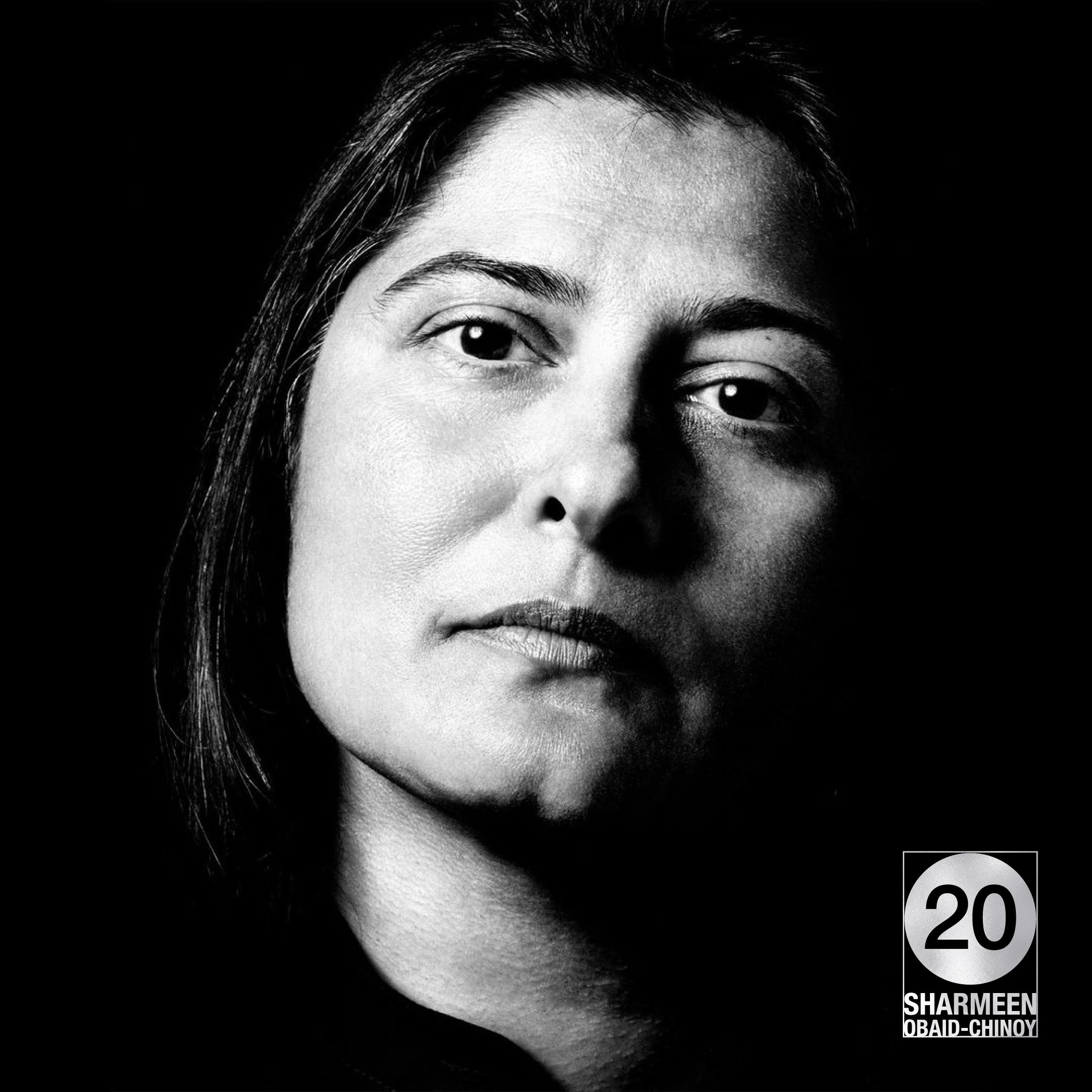 his December 2022, two-time academy award winning filmmaker Sharmeen Obaid-Chinoy marks 20 years of storytelling. Celebrating this milestone, Sharmeen and her team present #SOC20, a digital exhibit unpacking her creative and personal journey, introducing the audience to not only the outcomes of her work, but also her pensive, life-changing and inspirational moments and pivotal relationships. #SOC20 introduces audiences to Sharmeen Obaid-Chinoy’s colleagues, mentors, those who opened doors for her and the organisations and individuals she does the same for. The campaign unfolds the story of a young woman from Karachi, her explorations as a journalist and her quest to tell stories from behind the camera, focusing on subjects that surrounded her in her city of birth – stories of daily injustices, stories of women and of heroes, eventually unpacking the impact her work has had on public policy and the global positioning of Pakistan.

Sharmeen Obaid-Chinoy said, “It has been twenty years since I began my journey as a filmmaker. The past two decades have presented immense opportunities and challenges alike, these years and the films I made during these years have formed me as a creator, collaborator, director, colleague, parent and human being. As an attempt to document and commemorate this journey and the changemakers, mentors and fellow creators I have worked with, my team and I present #SOC20: A digital exhibit of twenty years of film and stories that matter.”

Chinoy’s first film was for The New York Times, Terror’s Children, in 2002. Since then, she has made over 12 multi-award films across 16 countries. The only female director to have won two Academy Awards by the age of 37, Chinoy has also won four Emmys – the highest filmmaking accolades in the world.

Earlier this year, Chinoy made global headlines as she became the first director from Pakistan to work with the Marvel Cinematic Universe [MCU], where she directed two episodes of the highest-rated MCU show of the year, Ms. Marvel – featuring its first-ever Muslim superhero that has roots in Pakistan.

In addition to her work in film, Chinoy has been at the forefront of cultural and historic preservation in Pakistan. As the Patron-in-Chief of the Citizen’s Archive of Pakistan, she started Pakistan’s first and largest oral history archive in Pakistan in 2007.

She took this innovative storytelling project global with Home 1947, an immersive installation that centred on a series of short films featuring families in Pakistan and India, who were among more than 10 million people displaced by partition. The installation has travelled globally and is open to the public at the country’s first National History Museum in Lahore.

Keeping true to her vision of using storytelling mediums to highlight the most pressing issues, her production house, SOC Films launched a bilingual book in 2022, Pakistan’s Climate Change Heroes, which highlights local climate change heroes and talks about the issues at the grassroots level.

Chinoy strongly believes in giving back to the community of storytellers which is why she also launched Patakha Pictures where she provides mentorship and funding to young women filmmakers. In November 2022, Chinoy announced Pakistan’s largest filmmaking grant for women, PKR 1 Crore, for the program’s third round.

Indeed, Sharmeen Obaid Chinoy is the first artist to have co-chaired the World Economic Forum Annual Meeting in Davos. She is also the recipient of the highest civil honour in Pakistan “Hilal-e-Imtiaz”; the 100 most influential people in the world by Time Magazine; Queen Elizabeth II Diamond Jubilee Medal by the Canadian Government, for work in the field of documentary films; Crystal Award, World Economic Forum; Knight International Journalism Award, International Center for Journalists for work that led to legislative change; Honorary Degree in Fine Arts, Smith College; the Eliasson Global Leadership Prize; the Robert F. Kennedy Journalism Award; the Asia Game Changer Award; and the first non-American to win the Livingston Award for young journalists to name a few.