Traditional Wife vs Modern Woman: Which One Do You Want To Be? 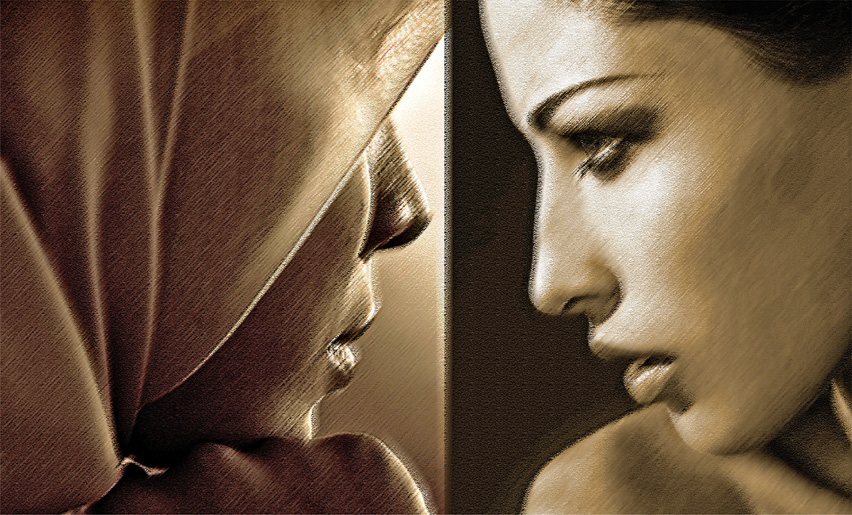 The dilemma of a modern man is that he wants to marry a liberal, emancipated woman but the moment she signs the papers and becomes his wife he wants her to be more like his mother- docile, humble and know all the tricks to save a marriage.

The sum of the traditional training for brides was to ignore issues, maintain peace, make the man believe he is the lord and the master and in return ensure her security by either getting properties registered in her own name or getting him to spend all his money on her in the form of gold, jewellery etc. The gold jewellery has been given a symbolic significance of a proof of a husband’s love for his wife in the society. It is also a reflection of his status and success. The biggest sacrifice a woman is supposed to make in her marriage is to let her husband sell her jewellery in the time of need. Children are a means to secure a man’s loyalty. The moment you feel a threat of losing your husband’s interest in you or the house, produce a new child. It will bring him back no matter how far he has drifted.

Now let’s analyse the modern liberated and emancipated woman. When she signs the paper she believes she has earned the right and social sanction to live her life with the man she loves. She expects equal treatment in all matters. If she is angry she will yell and scream. If he betrays her trust she will leave him or at least want to leave him. She will accept gifts as tokens of love and will also give him gifts. She will not be interested in his property or will not produce kids to keep him tied down to her.

Sonia is one such woman who married Imran in her late twenties after going out with him for two years. Imran had popped the marriage proposal within a month but she took her time to check him out and be absolutely sure he is the right guy for her. Imran portrayed himself as a liberated modern man who believed in equal rights and respected women. He would talk endlessly about how important a woman’s career is and how he loathes men who expect their wives to sacrifice their careers for domestic reasons. After two years Sonia, who had come to care about Imran, accepted his marriage proposal.

The marriage was blissful till Imran started drifting away for all the reasons commonly known to men. Sonia, the trusting wife, was the last to find out. She did not quit on her marriage. Instead she gave him an option to either mend his ways or leave. He decided to mend his ways and save his home.

The trust that is the backbone of every relationship was gone and had to be earned all over again. Sonia, who was not a nagging wife but wanted proof of her husband’s loyalty, became irritable. Every time there was room for doubt regarding his actions she would end up fighting and screaming which everyone could see and witness and Imran’s reluctance to provide proof of his sincerity was just a technicality in the minds of the observers.

Imran instead of mending his ways and making an effort to regain his wife’s trust started blaming all their marital issues on her irritable and easily excitable temperament. He started finding faults with her home keeping abilities and child raising tactics. Every time she would corner him with her arguments he would retaliate by accusing her of becoming obsessive and disrespectful.

The not-so-good wife, Sonia, never had the patience for such shenanigans. She would yell when she was angry, was unable to greet her husband with love and affections when she was unsure of him or thought he was untruthful to her. The difference between the good wife with the traditional training and Sonia is that once Sonia lost her trust in her relationship she was struggling with the desire to end the marriage. She didn’t want to but only in the case if her husband had like he said mended his ways but if not then she knew she had to. She had to resolve the dilemma of her marriage and every time she would start a conversation she was actually looking for reasons and assurance that she can keep her marriage but her husband’s evasive tactics would make her angrier and more doubtful about his honesty.

A male friend who heard Sonia’s dilemma gave the following analysis. He said your traditional woman is actually intelligent, patient and possess good communication skills, whereas Sonia was a selfish and self-centered woman who uses her education and economic freedom as an excuse to misbehave.

No doubt that there is wisdom in traditional knowledge which tells you to act intelligently and patiently but why do men then get attracted to these selfish and self-centered women when there are so many with traditional wisdom around? Just a question.

Sonia and Imran contracted a marriage that was supposed to be on equal basis. Imran is now using traditional methods of bullying in order to keep his wife from breaking the marriage and Sonia just wants him to be honest so she can call it quits if the love is gone from the marriage. We leave it your judgment as to who is the Sinful Spouse here, the woman, the man or both of them. And if either one of them had not been as sinful as they were would things have turned out differently for them?