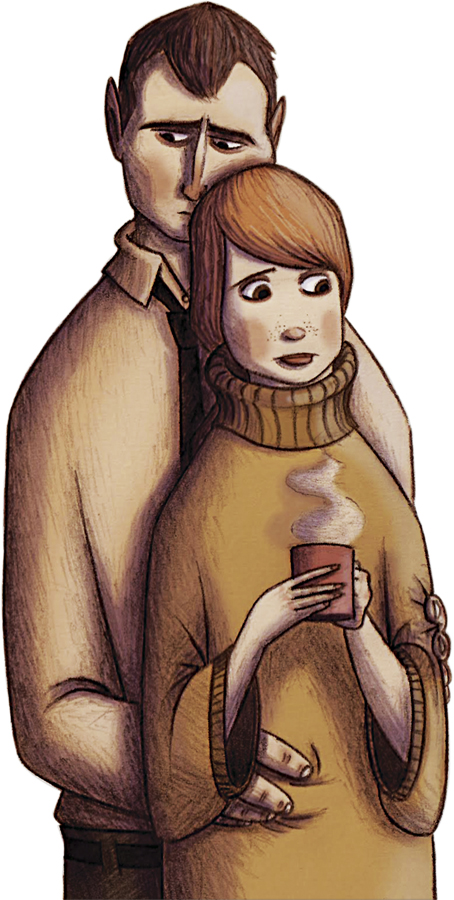 Marriages are made in heaven. People who end up together are meant to be together.’ Phrases like these often make me wonder about the person who first coined them. What do these phrases really mean?

Marriages are made in heaven – how can anyone say that when we all know the part played by the wacholans and other more respectable people who play the same part. In case of love marriages the two people who decide to marry know exactly where and why they ended up making that decision. Worst yet, there are many broken relationships in one’s life about which one wonders till one’s last breath, if finishing them off, was the best thing that happened or not. Then how are marriages made in heaven?

If by made in heaven they mean that they are predestined, even that makes very little sense. If they are so predestined then why does man, as a species, puts so much effort into finding a life partner. They should just go about their lives and marriage will happen whenever with whomsoever it is meant to happen.

The second phrase under question is even more perplexing. ‘People who end up together are meant to be together’. What about those who have the courage to say ‘NO’ we were not meant to be together and divorce the person they end up with by mistake. In my humble opinion people who are forced to stay together cook up such phrases to feel better about their pathetic state of affairs. This quarter’s column is dedicated to those cowardly couples who lack the courage to walk out of a bad relationship and continue to project themselves as heroes and heroines, who are making sacrifices in order to keep the fabric of our society, that is based on family units, intact.

God has given us only one life, average duration 50 to 60 years. Average age of marriage is 20 to 30. By this estimate half of our lives are spent in the company of our spouses. If that spouse is not what you wanted him/her to be then would it be so terrible to cut your losses and tell him/her that the marriage is not working for you?

May be not, in fact, after the initial hurt the other person will realize that you didn’t break a marriage but you saved two lives from getting ruined by staying tied up in a loveless marriage. Both partners will find happiness in life and will remember each other in a far better way. They can even become each other’s friends. And there is nothing western in this idea, it is a very practical approach which we refuse to adopt because we are basically cowards or are raised to become so.

What we do instead, is hang onto each other like leeches who will only fall off when they are dead. Such coupes resent each other more with each passing moment for their unhappiness but refuse to put an end to their misery. If the kids arrive a year after marriage, they become a very convenient excuse for their cowardice.

Kids do suffer if the parents split but they suffer more if the parents who do not love each other decide to stay together and make each other miserable. Ideally kids should not arrive till the couple has had a chance to figure out if they belong together or not because children do not just need both their parents to raise them properly, they need an environment of mutual love and respect to grow into healthy human beings.

The second most common excuse for a cowardly couple who refuses to admit that their marriage is a failure is their parents and their own position in the society. Our society is a family focused society which has little or no room for individuals. Individuals are treated as outsiders in most of our social gatherings – an attitude which forces many to stay in marriages because they don’t wish to be a social outcast. Parents who usually find the spouse for their children emotionally force their children to prove their decisions right. They are your well wishers and probably your best friends but they are not necessarily good at selecting the right partner for you. However, in their old, frail state you can’t brutally let them know that they did not do such a good job at picking the right person for you – so you keep on pretending that they did, by staying married to the person they selected for you.

Unhappy marriages are a root cause of so many problems in our society. They encourage hypocritical behaviour and pretentious existence. When a couple can’t find solace in each other’s company and they can’t escape being in that state either, they shift their focus on other frivolous things to keep them going. For example women often start gathering wealth, property etc through their husband because that gives them a sense of accomplishment. Those who are not in the position to do that become bitter and bitchy. Men and women who can find romance outside of marriage, are often unable to resist it and become cheaters and those who can’t do that become tyrants at home, fighting constantly.

The cheat, the tyrant, the bitchy and the bitter are all the products of a loveless match. A simple logical solution will be to end the loveless match but we as a society will find a million reasons why not to do that.

I think it was the same person who coined the above phrases who said ‘marriage is nothing but a compromise’. I wish to challenge him/her because a couple genuinely in love can actually experience heaven on earth and everybody should have a chance at finding the love of their life.