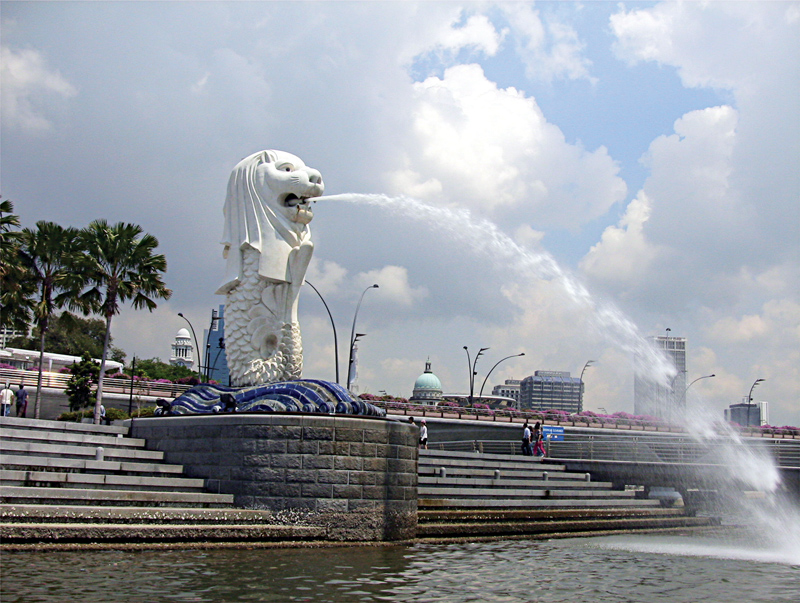 It has been some years since I walked on the famous Orchard Road in Singapore, but the memory is one of my most treasured, and therefore, crystal clear. I was there with my husband in the month of February and a light sprinkle of rain poured down as I took in my surroundings with curiosity. The weather was perfect for someone like me, who isn’t crazy about the wintery cold breeze. I could write many pages on my experience of Singapore, which you would swiftly skim through. But instead of getting all emotional, I will limit myself to providing some useful information for those of you who find this an attractive destination and want to plan a trip with your family or your significant other half.

Singapore is made up of one main island and some 63 surrounding islets. Today, it is definitely one of the leading tourism and business destinations of the world. It is strategically located, encompassing excellent facilities, fascinating cultural contrasts and thrilling tourist attractions.

Combine the skyscrapers and subways of a modern city with a variety of Chinese, Indian and Malay influences. Then blend it with a tropical climate, tasty food, good shopping and exhilarating nightlife, and you get this perfect Garden City.

The centre of the city consists roughly of Orchard Road, the Riverside and a chunk of Chinatown. A popular way to see the heart of the city is with Singapore River Cruises. Stations are scattered along both banks of the river and reservations are not necessary.

The Merlion is Singapore’s official symbol. It is half lion and half fish. The figure is 8.6 meters tall and weighs 70 tons. You can watch it spouting water daily on the south bank of the mouth of the Singapore river. Any time of night or day, a steady stream of tourists troops up to see the mythical beast.

Located next to Asian Civilisations Museum is the statue of Stamford Raffles, the founder of Singapore, They say it stands on the exact spot where he first landed. This is second only to the Merlion as the most popular place in Singapore to take a picture of yourself.

The Singapore river area is a beautiful place for a walk. There are small green gardens, old-style bridges and historical buildings. The bubbling nightlife of the expanse of Clarke Quay and Boat Quay will keep you entertained.

Orchard Road is the main place for shopping in Singapore. North of the Singapore River, Orchard Road turns into Bras Basah Road. Orchard Road gets its name from the nutmeg orchards that used to line it in the 1830s, one of them coincidentally belonging to a Mr. Orchard. Large trees still shade the road, providing relief from the heat. The area is often packed with locals and visitors. Only at the eastern Bras Basah end do the shopping malls thin out, and three of Singapore’s top museums can be found there.

Singapore’s Chinatown is the traditional Chinese part of town. It is composed of restored shop houses full of strange little shops selling everything from plastic Buddhas to dried seahorses. The central streets of Chinatown are packed with stalls selling all sorts of Chinese trinkets. There is also a cluster of antique shops.

Little India is the centre of the large Indian community of Singapore. It is one of the most colourful and attractive places in Singapore. Here you can find the gaily painted shop houses with Tamil, Hindi, Bengali and other Indian scripts. Stores sell saris and gold bangles. Bollywood’s latest soundtracks can reach your ears from every other alleyway. Sri Veeramakaliamman Temple is the busiest and oldest temple here. Although we entered for free, we had to take our shoes off before venturing inside. And then we ended up in a restaurant having rice and gravy off a huge banana leaf without any spoons or forks, using just our hands. Really not my style!

The one experience which I found truly thrilling was being on a tram without windows, at night, with wild animals scattered all around the safari park. The animals became more alert especially the cats, as the night flew by. The tiger paced very close to the breakable-looking glass wall separating us. The leopards woke up and started playing. Then we walked on foot through the trails which took us to a room full of scary bats.

The safari park is divided into eight geographical zones, which can be explored either on foot via three walking trails, or by tram.  There are 120 animal species here of which 29% are threatened species. You can get to the Safari park in the evening by bus, by Mass Rapid Transit or a taxi cab.

It is an island just off the southern coast of Singapore. Sentosa is one big tourist attraction. The island offers a few star attractions: Underwater World and Singapore’s best beaches. The island is presently halfway through a multibillion construction programme that will see Singapore’s second casino and a Universal Studios theme park open in 2010.

Carlsberg Sky Tower: is Asia’s tallest observation tower. It takes you up to a height of 131 m above sea level and offers a 360-degree view of Sentosa, Singapore and the Southern islands.

Fort Siloso: Formerly the largest British naval base has now been turned into a museum, complete with lots of wax figures to find out what the life of a recruit was like.

Sentosa Merlion: It is a 37 meter version of the statue by the Singapore River, which is lit up at night and shoots lasers from its eyes.

Underwater World: It claims to be Asia’s largest tropical oceanarium. It features a walk-through aquarium with lots of sharks and fishes and many smaller tanks.

Temperatures and humidity run high so if your preferred vacation is supposed to be in a cool place then be careful while planning for Singapore.

The riverside is probably the best place to stay in Singapore. Most hotels are within one of two clusters: the expensive ones at the east end in the Marina district, the more affordable ones at the west end near Mohammed Sultan.

There is a large number of mid-range hotels near Havelock Rd. at the western end of river. Carlton Hotel is one of them. It is a slightly older business hotel, but it’s clean, comfortable and very well located. Approximate price range is $200/night.

The high-end hotels on the north side of the river around the Esplanade, include the most expensive ones like the Raffles Hotel. It is the birthplace of Singapore Sling and it is famous for superb service, with more staff than guests. Approximate price range is $600/night.

The Conrad Centennial is new and tasteful, located next to Suntec City. Approximate price range is $300/night.

Contact your travel agent who will be able to obtain visas for you. The price per person is roughly PKR 4000. Give a least a month for visa process. The visit visa is valid for one month.