Gorgeous Damsels Of The Fashion World 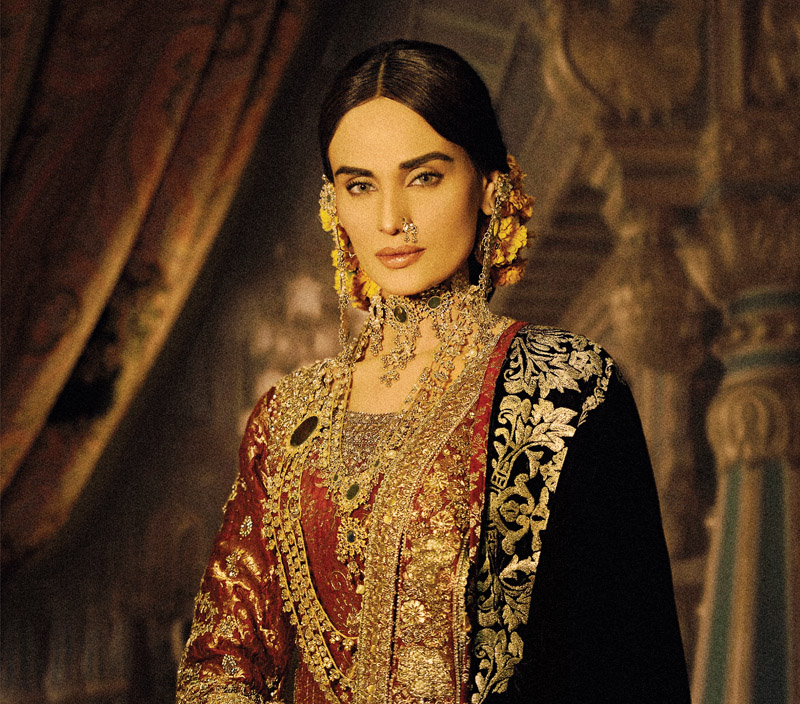 My eyes or so I have been told. I truly believe that a person’s eyes are the windows to the soul. It is so important to think good thoughts so that one receives good in return!

Background and career aspirations: I am lucky that I come from a family of females who have always been very supportive of me. My mother was very keen to pursue her education even while I was attending college.  She is an amazing role model. I however, was always more into sports and athletics. I ardently played table tennis as well as volley ball and was quite adept at the high jump in college. My mother always encouraged me to pursue a career in law and I know she always gave me the best advice. So I wanted to become a very successful lawyer.

How did you enter modeling: My elder sister encouraged me to go into the field of modeling. She felt that I had the perfect height and attitude for the job. I was not so keen, feeling unsure of the modeling field as a career.

Important influences in helping with your success:  It would definitely have to be my sister. She aroused my curiosity and then fate led to my meeting with Ather and Shahzad. I would have to say that Ather and Shahzad played a very important role in helping me, supporting me and guiding me to pursue modeling as a career. In this field it is essential to find a sturdy platform for future success and growth.

Your pick out of modeling and acting: I am now into the10th year of my modeling career and I feel it is important to grow and challenge yourself as a lifestyle artist. I would like to take a step further and pursue my career on the silver screen. Acting as a career is diverse. It is a field where you as a person will be able to refine, explore and discover new and endless possibilities.

Physical feature: my hair, which provides versatility for photo shoots. Aside from that, I would say it is my compassion, empathy and instinctive desire to help others.

Background and career aspirations: At a very young age, I wanted to become a model and a fashion designer. I have a Masters Degree in Fashion Design. I launched my label, Hira Shah Couture, at Sadia Siddiqui’s Fashion Parade in London. Some very well known names from Pakistan showcase their work there.

How did you enter modeling: In 2014, I was already modeling in Europe when an editor of a fashion magazine, gave me my first modeling assignment in Pakistan. It was a cover shoot along with an interview which explored my career as a model and as a designer. I absolutely loved the way the photographer Rizwan ul Haq had captured my personality in which I was wearing designs by Sonya Battla.  Wardha Saleem gave me the opportunity to walk the runway for the first time at Fashion Pakistan Week (FPW) in Karachi. Wardha has been like a sister, a friend, a well wisher and a great Mentor. Wardha and Nubain Ali have always guided me in the right direction and I am very thankful to them for believing in me. I continued to receive interest from other shows, including PFDC and Bridal Couture Week. Since then, I have not looked back.

Important influences in helping with your success:  Four people who have played a very important role in introducing me to the Pakistani industry are Wardha Saleem, Nubain Ali, Tapu Javeri, and Andleeb Rana. I have always believed in hard work, professionalism and punctuality. Even if I am working with friends, I never lose focus on work and I always give 100 percent. For me it has always been extremely important to make all of them proud, especially because they believed in me from the beginning.

Your pick out of modeling and acting: I would choose both modeling and acting, primarily because when I am shooting editorials, it is quintessentially about giving a credible performance and effectively portraying the character that the designer has created. I thoroughly feel the character and enjoy performing in front of the camera. I also enjoy remaining in character throughout the shoot and trying my best to ensure that the photographer successfully captures the mood, and feeling required. If I am a bride, I will act and pose like one. If I am a strong and empowered woman, I would become exactly that in terms of my expressions, body language, confidence and movements. I love to act and I like to feel the inspiration behind the designer’s work. Once I change into the outfit for the shoot, I automatically become the personification of the designer’s vision and deliver what is expected, and hopefully more. I know that I would really enjoy the challenge of more in-depth film roles. This is why I am interested in seeing how I may one day rise to the challenge of a role in film.

Background and career aspirations: I studied commerce and banking. But way before that when I was growing up I used to watch Fashion TV channel. I got hooked onto it so badly that I could not enjoy anything else.Then there came a time when I realisedthat this is exactly what I wanted to do with my life- something related to being a part of the fashion world.

How did you enter into modeling: To be honest, all credit goes to me. I had no idea what this field is about, how to start or where to go. I had no friends and no help. I used to send my random photos to some photographers. And one of them called me for my first shoot.

Important influences in helping with your success: I was not really influenced by anyone, but the idea of how much fun would it actually be to play dress-up and become different characters was enticing. I always saw modeling as an art. I would like to mention that Deevees have a huge hand in letting me become what I am now. They believed in me, gave me a breakthrough and things started to workout for me.

Your pick out of modeling and acting: I would always pick modeling. This is what I always wished to do.

Most people usually like my thin nose so I guess that would be it.

Background and career aspirations: I was born in Abu Dhabi and raised in Long Island New York. My forefathers migrated from Kashmir. I attended an Indian school as a child so I was very fond of classical dancing and always wanted to be an actress whereas my mom wanted me to become a doctor. I graduated from SBU in New York. I was pretty shy as a child but totally the opposite now. I am more confident honest and straightforward.

How did you enter modeling: I did a film known as Kaptaan based on Imran Khan and Jemima Khan. It will be releasing soon. I played the character of Jemima and then I started getting photo shoot offers. I love acting as I think acting is alot easier than modeling.

Important influences in helping with your success: I believe I have always admired different actors and actresses. The list is never ending but I guess my family’s support has been my strength as none of my family members are related to this field. My mom is a business woman and there are many doctors and lawyers in the family. I am the odd one out. I would not be successful today without them especially my mom as she has been my greatest support throughout my career.

Your pick out of modeling and acting: I believe I have more of acting skills in me than modeling as I find walking ramps way too hectic. I would stick to acting if I had to pick one. But I love my job and put with my heart and soul into the brand that I model for.

I think my best feature has to be my smile. People also adore my hair.

Background and career aspirations: I belong to Mughal family. I have three brothers- my father and my brothers are engineers. I wanted to be a doctor when I was growing up.

How did you enter modeling: People have always told me that I should be a model. I used to look at models in magazines and on billboards. And each time there was a voice in my head saying that maybe it could be me there. So I started wondering and thinking about modeling as a career. But I did not know how to get my foot into the world of modeling. I did not know how and where to start.

Important influences in helping with your success:  Modeling became my passion and my mother played the most important role in helping me achieve my dreams. I could not have been as successful as I am today without her support.

Your pick out of modeling and acting: I would pick modeling always.

Background and career aspirations: I was a textile design student and accidentally got into this filed even-though my family did not support me, there was some pull in this field for me which got me into it. I was always attracted towards art and I consider my work belongs to the field of art.

How did you enter modeling: Professionally I started from the International Fashion Academy of Pakistan (IFAP) and then there was no looking back.

Important influences in helping with your success: My mother was the one who supported me and encouraged me to follow the dream of becoming something on my own. I used to follow some fashion magazines and of course I have some favourite senior models in Pakistan like Mehreen Syed, Amna Ilyas and the list is long. They were my inspiration and looking at their work I realized that I needed to work harder.

Your pick out of modeling and acting: Modeling is my first love but I would also love to do a film if I like the script.