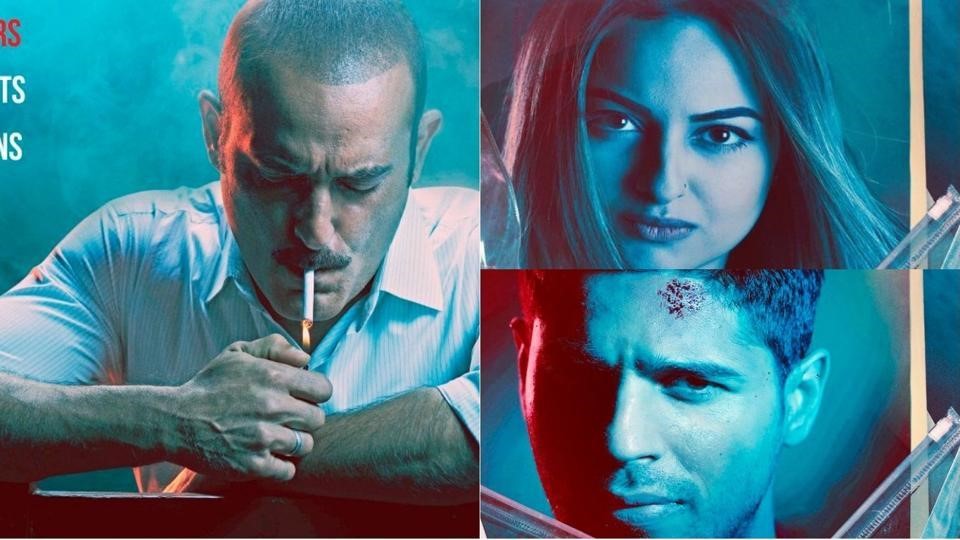 Ittefaq is a 2017 Indian thriller film, directed by Abhay Chopra and produced by Red Chillies Entertainment in association with BR Studios & Dharma Productions. The film is inspired from the 1969 film by the same name, directed by Yash Chopra. It stars Sidharth Malhotra, Akshaye Khanna and Sonakshi Sinha in lead roles. The film was released on 3rd November 2017.

We have previously done a music review for this movie on our site too. Check it out and we are enjoying the upbeat song ‘Ittefaq se’ which replaced ‘pyar se’ from the old version.

With cops on his tail for being charged with his wife’s murder, Vikram Sethi (Sidharth Malhotra) runs into Maya (Sonakshi Sinha) and manages to get refuge in her house on a rainy Mumbai night. Maya soon learns that Vikram could be a criminal on the run so she alerts the cops, who nab Vikram and discover the dead body of her husband Shekhar in the house. Maya blames Vikram of double murder but Vikram claims innocence. The case is assigned to officer Dev (Akshaye Khanna), who must decode the mystery in three days.

An adaptation of Yash Chopra’s 1969 suspense drama, starring Rajesh Khanna and Nanda, Abhay Chopra recalls the theme of the original and pervades his own twists and turns to the story, which keep you fascinated. While his efforts are full of sincerity, there’s a lot that gets lost in translation.

Unlike the direct storytelling of the original, this investigative reboot gets a bit boring as it concurrently presents two parallel accounts of Maya and Vikram as they reveal their respective versions of the story to Dev. What makes it further complicated is the fact that the two suspects tell their tale in parts. This results in continuous flashbacks.

Eventually, this trick of shuttling between past and present to raise the suspense quotient backfires as it blocks your train of thought and doesn’t allow fear or tension to sneak in.

However, one person who saves this mystery, single-handedly and makes it worth a watch is Akshaye Khanna. He lends seriousness to the dull proceedings. His joking with fellow cop (Mr Tambe) is hilarious. On the opposing side, Sidharth’s unsmiling expressions and Sonakshi’s limited character arc, disappoint.

Overall, Ittefaq may not be an extended thriller that you expect it to be. But if patience is your asset, this slow suspense drama can be watched for Akshaye Khanna’s crackling screen presence, acting skills and inspiring charm. Why he doesn’t do films more often is the bigger mystery here.