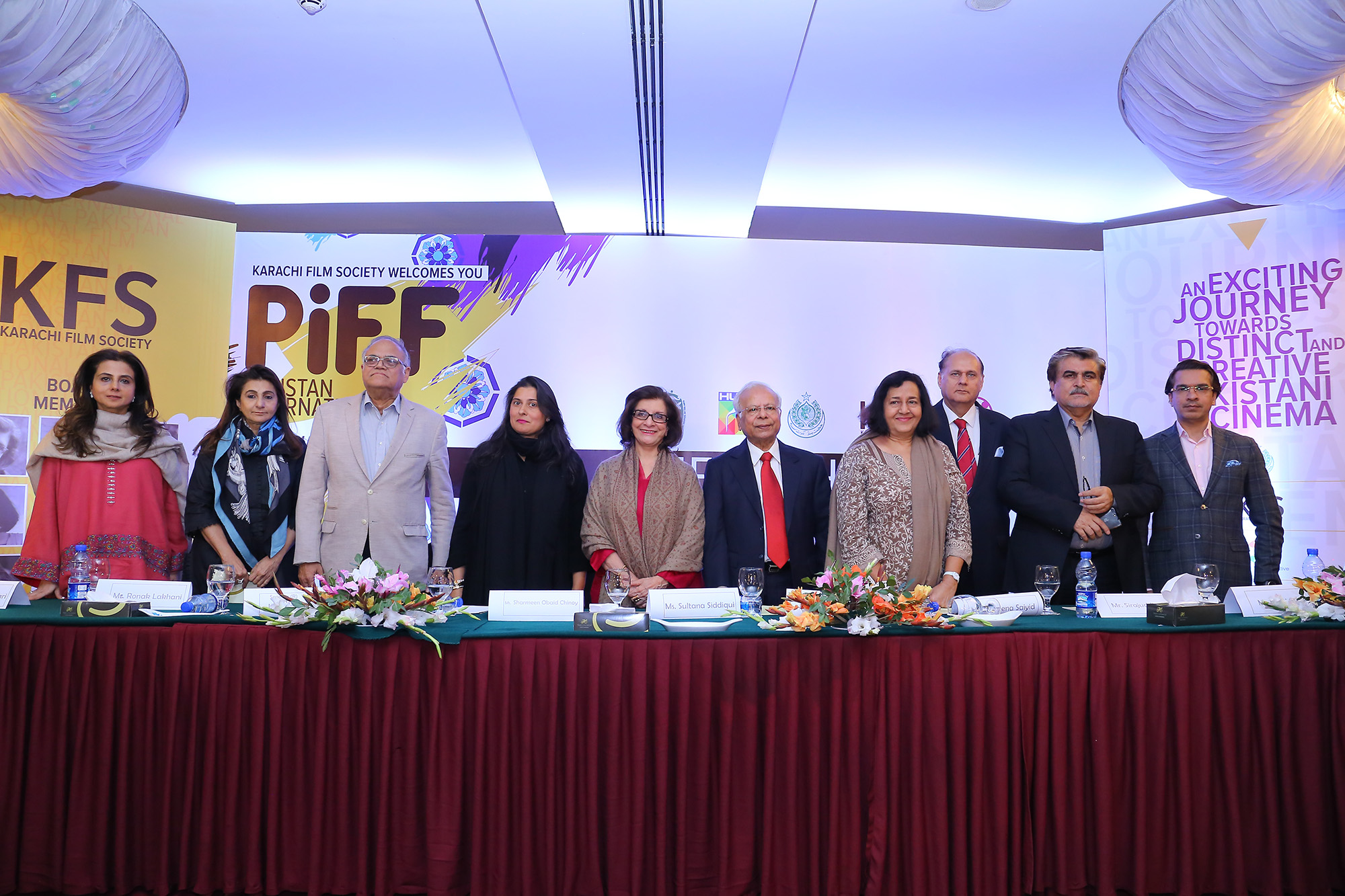 The press conference was attended by prominent personalities of Pakistan entertainment industry including Nadeem Baig, Wajahat Rauf, Ayesha Omer, Sanam Saeed, Yasir Nawaz and Asma Nabeel. Speaking at the press conference, Director General Pakistan National Council of Arts, Mr Jamal Shah appreciated the efforts of Karachi Film Society and stressed on the need of having such platforms for the promotion of Pakistani art and cinema.

The inception of ‘Pakistan International Film Festival’ is a result of KFS’s desire to make the Pakistan film industry part of the global arena.  This festival will introduce the country’s blossoming film industry to international markets and will encourage local filmmakers to showcase their work to the local and international audience. The festival will be held under the patronage of Honorable Governor Sindh, Mohammad Zubair, Honorable Chief Minister Syed Murad Ali Shah and the support of Sindh Government’s culture department. Karachi Film Society is the proud partner of Pakistan National Council of Arts (PNCA) in organizing PIFF through Ministry of Information, Broadcasting and National Heritage. PIFF activities are also supported by Karachi Youth Initiative (KYI). Hum Network is the media partner of PIFF.

The festival will comprise film premieres and special screenings in the categories of feature length films, documentaries and short films. PIFF management is inviting the overseas delegates of filmmakers, artists and professionals of the film industry from abroad and expects many renowned names to grace the festival.

Another important aspect of this festival will be to hold workshops for young aspiring filmmakers where they can learn the craft from renowned mentors. A special mobile screening programme is also included in which PIFF teams will show selected films to young audiences on different locations of Karachi. The special panel discussions on women’s role in Film/ TV and seminars on the Pakistan film industry will also be an integral part of PIFF.

President Karachi Film Society, Sultana Siddiqui said, “Karachi Film Society is a great initiative by the most committed and accomplished members of our society, and I am very proud to be part of such a dedicated team. This festival will definitely create opportunities for new filmmakers to showcase their work to enthusiastic viewers and professionals across the globe. I hope that this collective effort will grow in the years to come.”