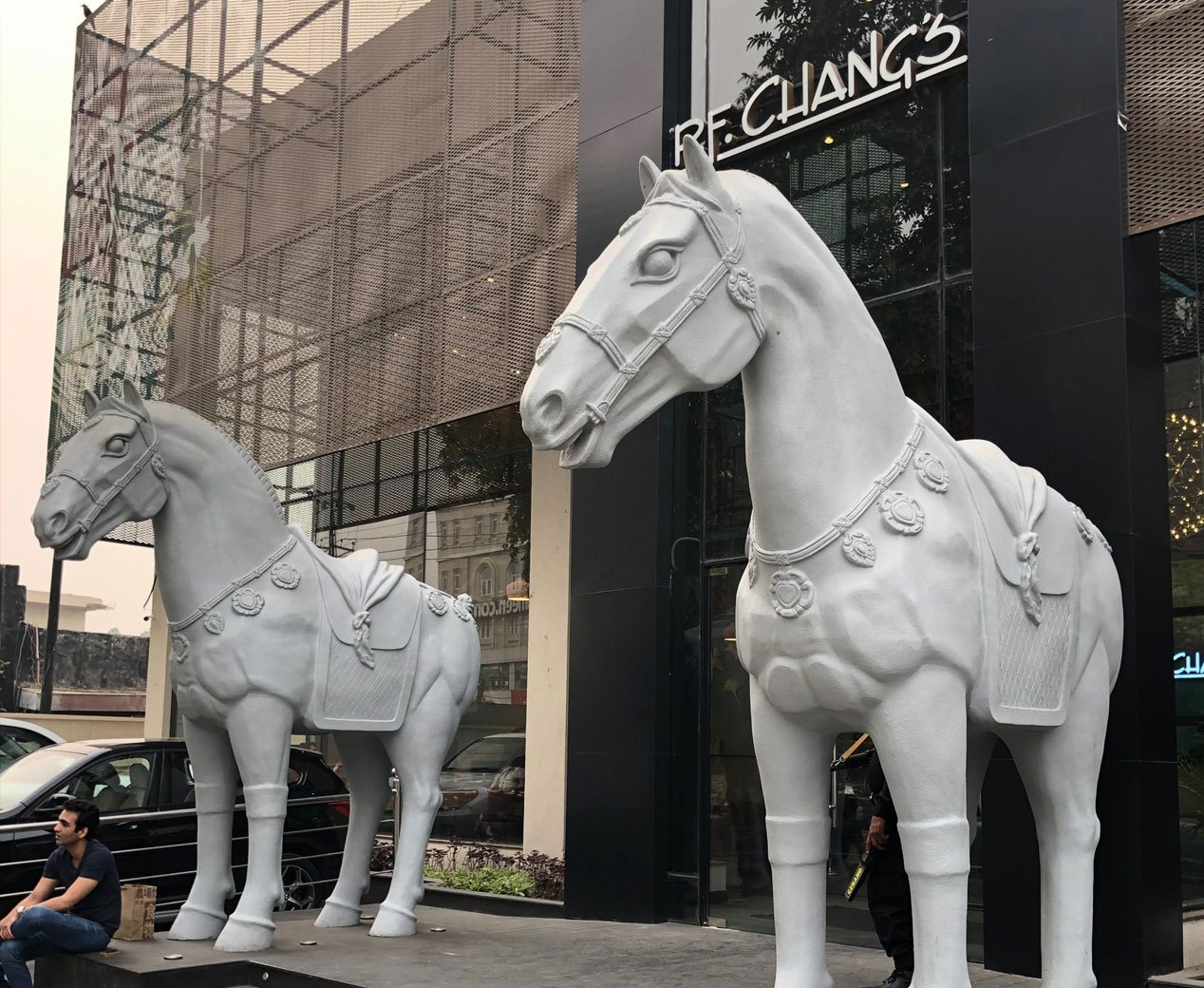 PF Chang’s is a Pan Asian restaurant chain that many Pakistanis are fond of because of the chain having multiple branches in UAE, a place where so much of the population is Pakistani. So naturally, when the restaurant finally opened in Lahore, we went crazy for it. I being one of the Pakistani’s who has been to the Dubai branch countless times decided to go and check it out and see whether it meets my expectations and the international standards in comparison to the Dubai branch.

My first attempt at finding a table was unsuccessful thanks to the long line that spread out to MM Alam Road. My second attempt a few days later was successful. For a day (November 1st) when everyone was scared to leave their houses and most of the roads were blocked, I did not expect such a big turnout. Nonetheless, I got a table in a few seconds, something that takes about 20 minutes in Dubai or any restaurant in Lahore for that matter. The huge building and seating capacity can be thanked for that.

The décor was perfect but the lighting was a lot brighter than a typical PF Chang’s which has a dark vibe to the environment and the atmosphere of the restaurant was excellent apart from the typical aunties screaming , “Ye PF Chang kya cheez hai,” “ye halal hai ke nai?,” The service was remarkably good and when I say this, I’m comparing it to Dubai, where you can’t get your food in under 30 minutes at least. Despite the place being busy, I was served my order in under 10 minutes.

PF Chang’s is famous for two things: the horses installed in the main entrance and the divine Dynamite Shrimp. For starters, I ordered the Chang’s Spicy Chicken Noodle Soup Bowl and Dynamite Shrimp. The soup was delicious and fulfilling and exactly like the one I have been having in Dubai for years now. A mishap occurred when the soup was spilled by one of my companions. The staff was super nice and friendly about it and offered us a replacement. 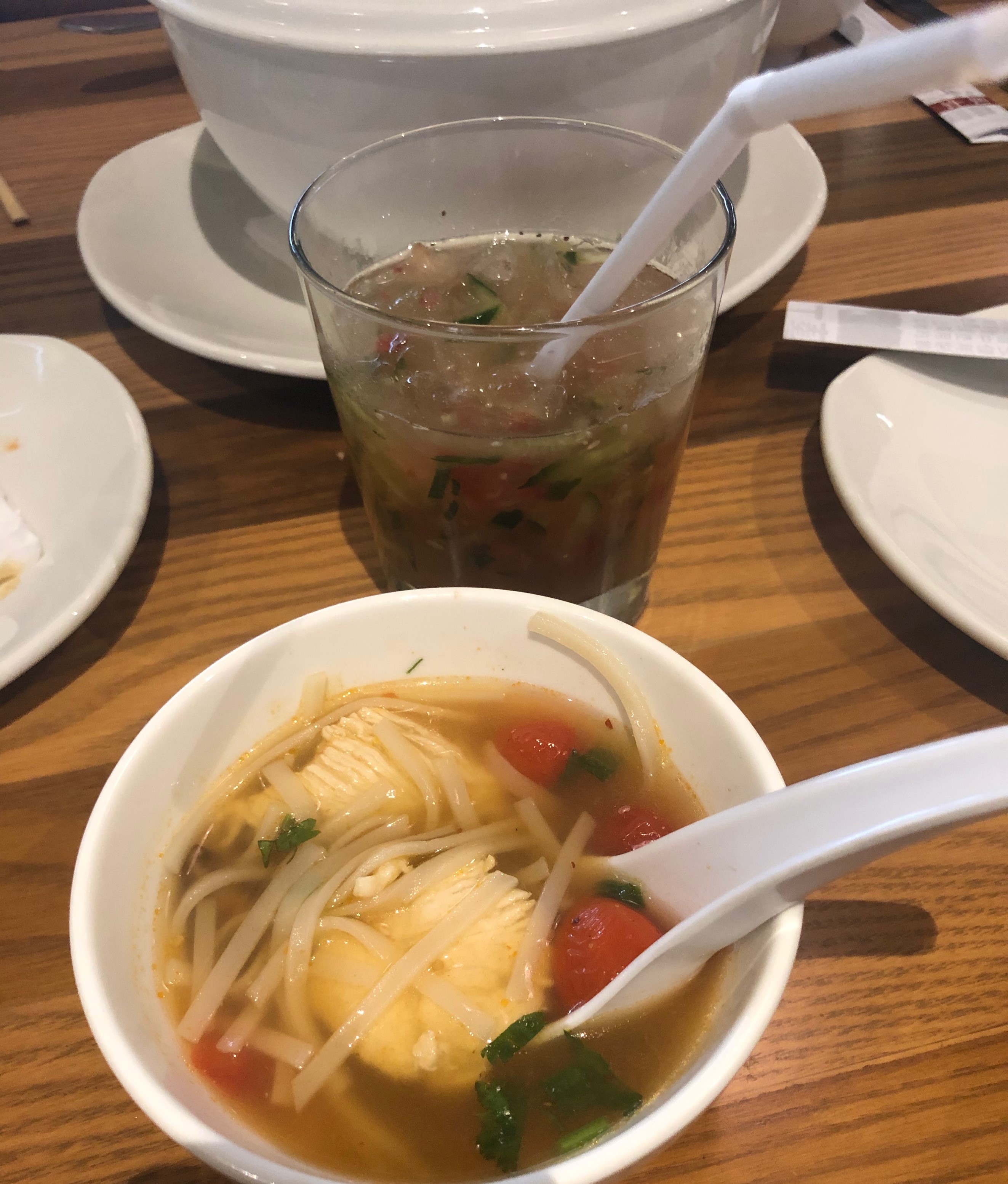 The Shrimp although nearly as good as the one in Dubai, did not have the same quality of shrimp. The quantity was less than what I was expecting which resulted in me ordering two more servings for us. In some PF Chang’s in other places in the world they offer larger servings. What seemed a bit weird to me was that the next two servings were larger in quantity than the first one and had the exact same taste and quality as the Dubai ones. 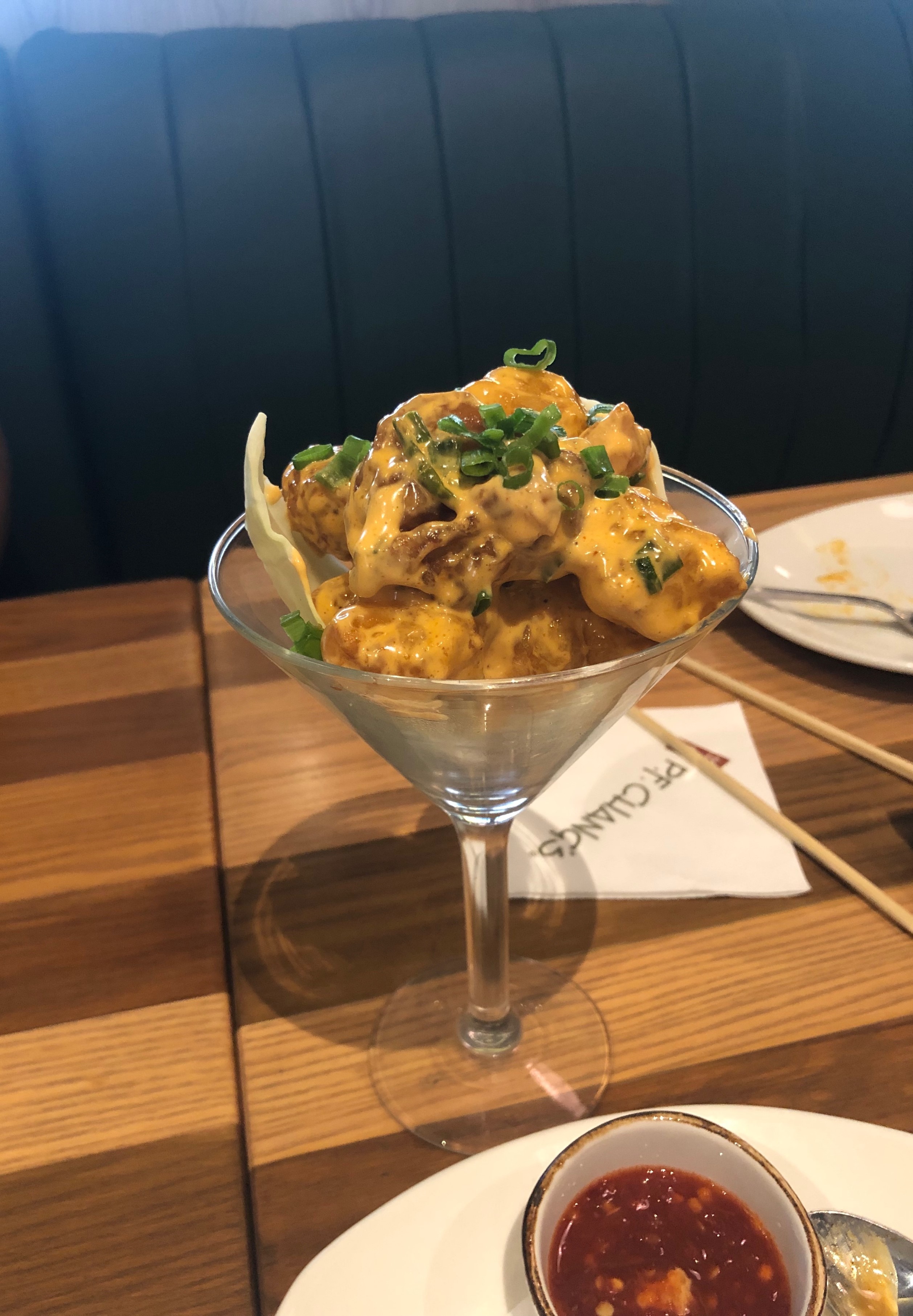 For my main course, I ordered the Kung Pao Chicken with white rice which again was excellent apart from the quality of the meat which in my opinion was the only downside. 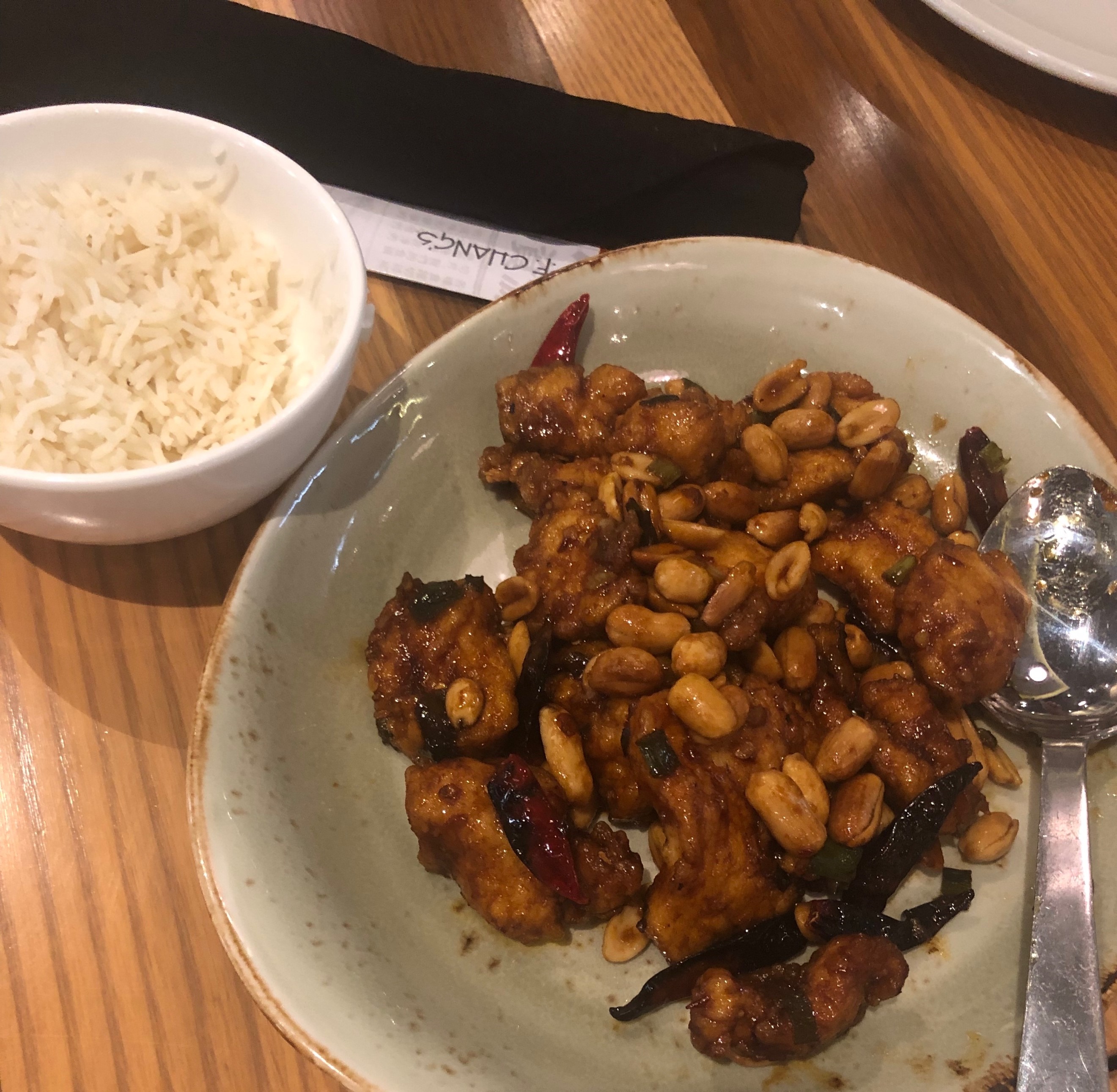 I also ordered 8 pieces of California Rolls as a sushi main course which I have no complaints against. The taste was great and the fish was of amazing quality. 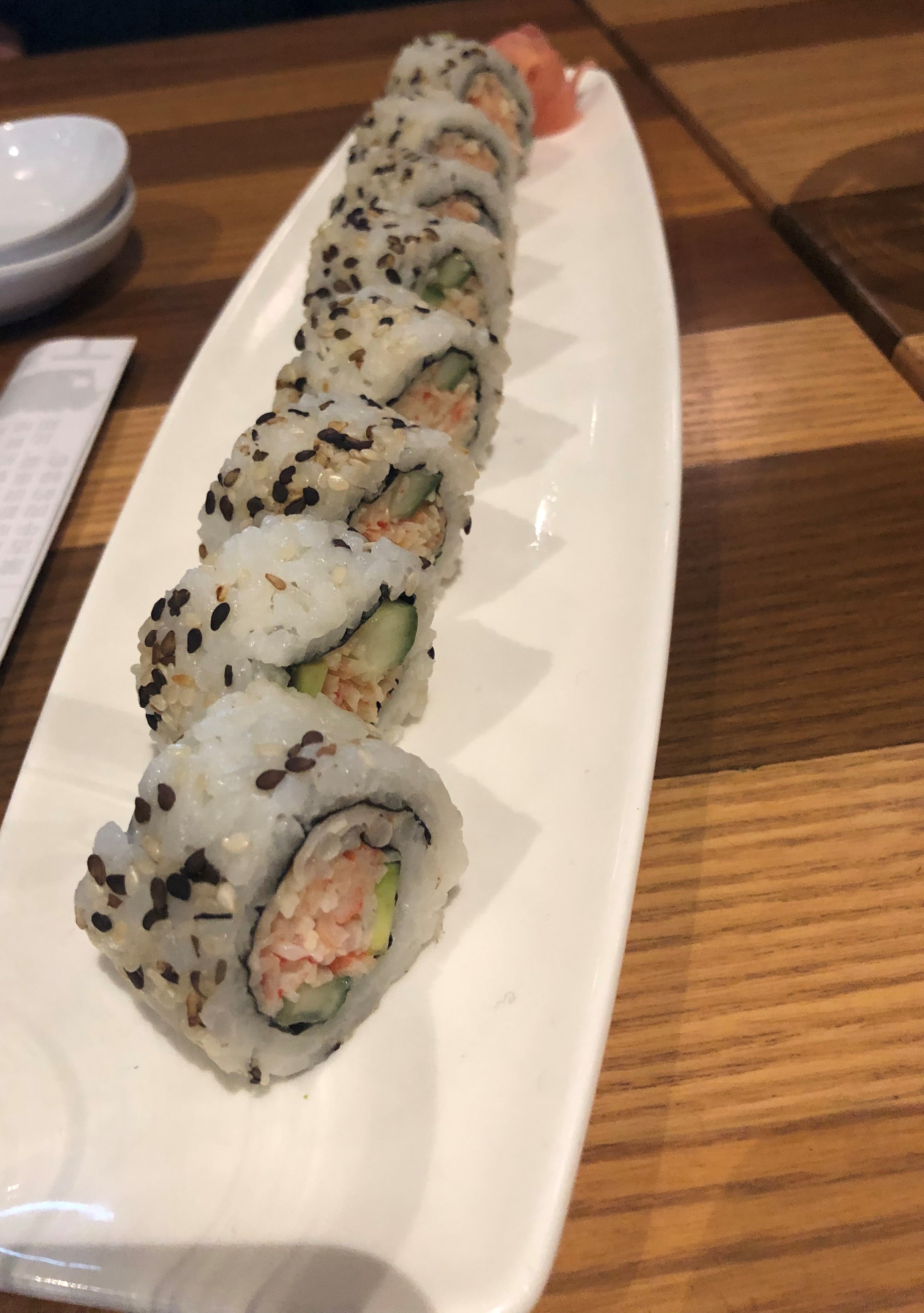 For dessert, I ordered something I had never had before: The Great Wall of Chocolate or in another word ‘heaven’.
Six rich layers of frosted chocolate cake with semi-sweet chocolate chips is just what everyone needs in life. 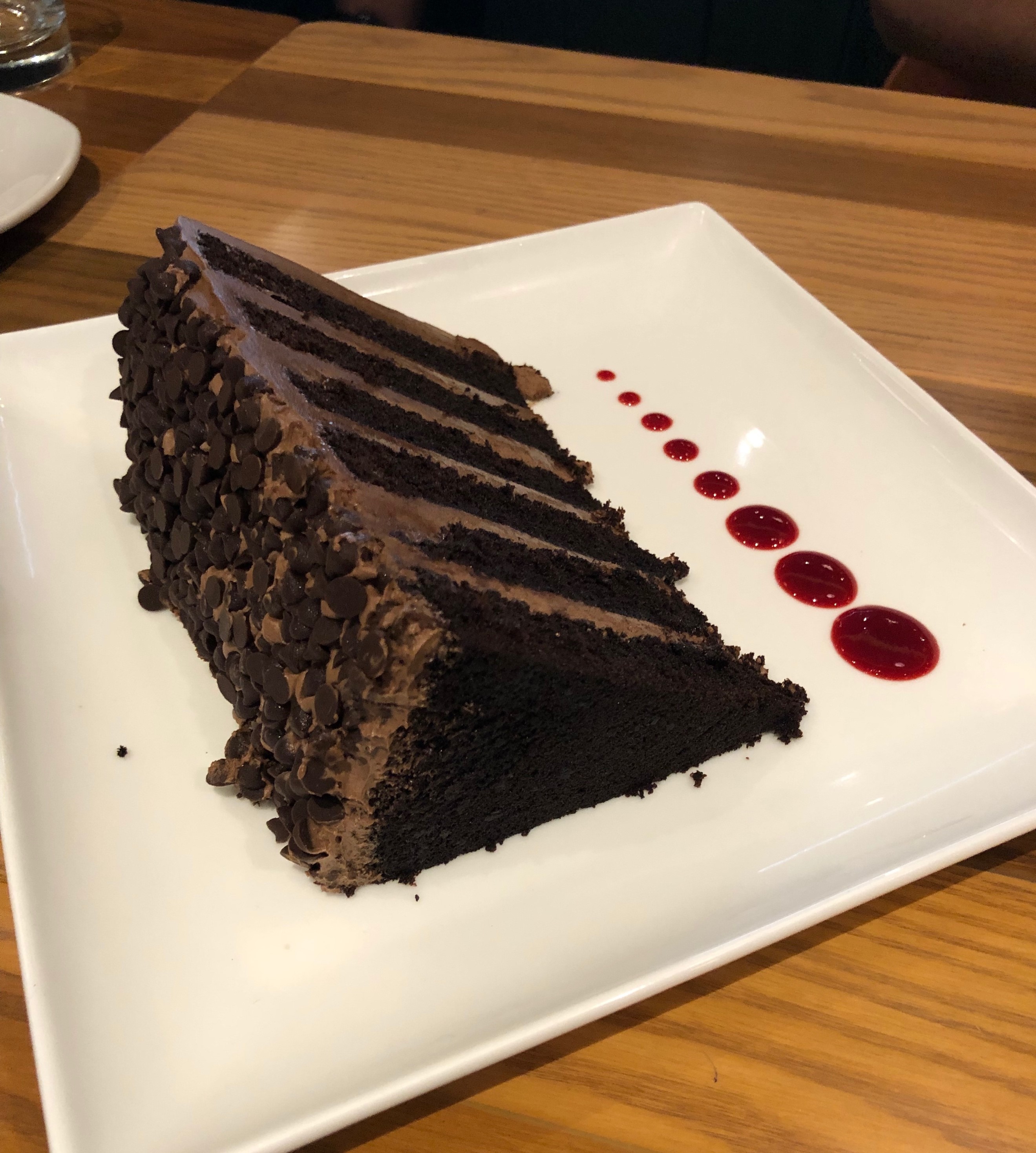 Overall the food was great, the atmosphere, the décor, the staff everything is up to standard. But on a side note, there was a certain hygiene issue involving one of the drinking glasses smelling of egg and one of my knives being dirty.