Over 5500 women in over 30 districts & cities across Sindh, Punjab, and KPK participate in SOC Films Inheritance Outreach Project. 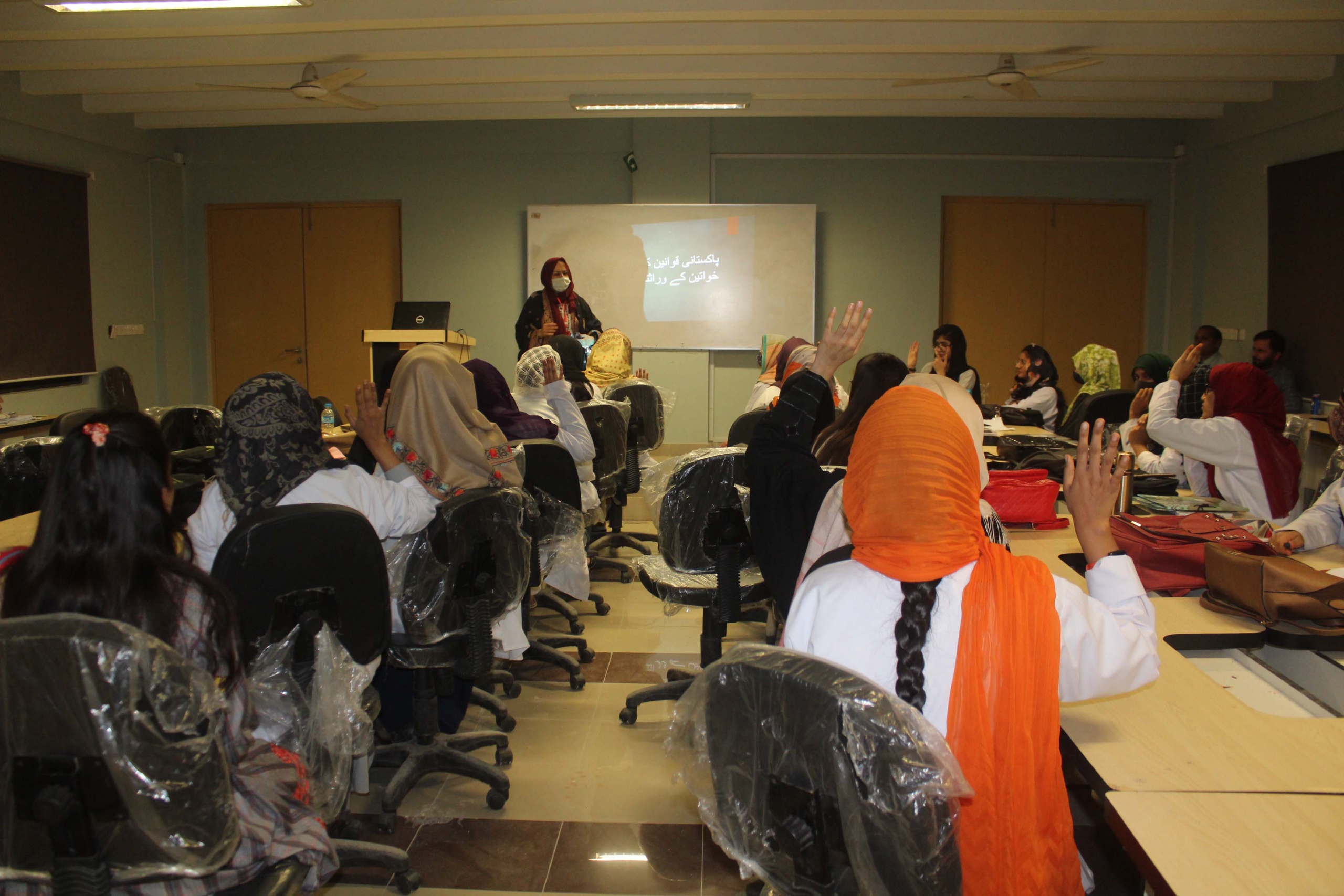 To safeguard women’s rights to property in Pakistan, SOC Films Outreach launched the Inheritance Outreach Project in 2021, to educate both women and men on the Inheritance Rights of Women according to Pakistani Law.

Over a span of seven months, over 5,500 women and 1,500 men participated in the Inheritance Outreach Project in over 30 districts and cities, villages including remote areas across Sindh, Punjab, and KPK. As part of this project, SOC Films Outreach teams, using their mobile cinema on wheels conducted sessions in different colleges and communities on women’s inheritance rights in the more remote regions of the country. Screenings of animated films on Women’s right to access property and inheritance according to Pakistani law were held for people from diverse religious backgrounds, who were unfamiliar with the way property was divided according to their religious beliefs.

The agenda of these sessions was to raise awareness surrounding women’s inheritance rights, highlighting issues faced by the female gender in Pakistani society at large, especially in rural regions of the country, and educating them through content screenings and open discussions as well as empowering them to voice out their rights. SOC Films outreach teams also highlighted the free legal aid available for women by the Sindh Legal Aid Call Centre (SLACC) on 0800-070806.

Some anecdotes from these sessions include:

“When it comes to a woman’s legal right to inheritance, it is a lack of awareness that restricts her from taking her rightful claim. There are many systems in place in Pakistan to safeguard women’s rights, and with this project, we are working on educating women from all backgrounds across the country about their inheritance laws as per the constitution and empowering them to make their voices heard,” said Sharmeen Obaid-Chinoy.

“To further our efforts toward achieving gender equality, it is imperative that women are empowered to be financially independent – a mission that is being carried forward by both LAS and SOC Films through mobile cinemas on women’s right to legal property across Sindh and KPK,” said Javeria Kamran, Program Coordinator at The Legal Aid Society.

Produced in collaboration with The Legal Aid Society [LAS] and the National Commission on the Status of Women [NCSW], the Inheritance project consists of screenings and sessions centred around 9 animated films in 8 regional languages, which aim to shed light on Women’s right to marital and legal property in Pakistan.