Posted on May 20, 2022 by Editorial Team Bridesandyou 0 Comments
Share 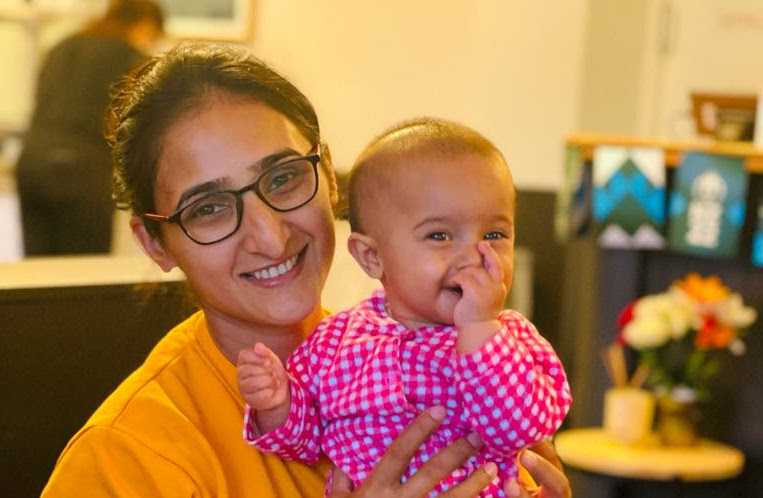 Bismah Maroof was only 15 when she first joined Pakistan’s Women’s Cricket Team and has since then made a name for herself thanks to her impressive list of achievements. As a teenager, her skills helped her team secure a place in 2009’s World Cup, and in 2016 she became Captain for the T20 team.

In April of 2021, Bismah took a break from Cricket while expecting. We’ve all seen her adorable baby girl, who she takes with her wherever she goes, and while it’s all smiles in front of the camera, Bismah opens up about the challenges that Motherhood brings – especially with a career as physically demanding as hers.

While being on the field comes naturally to her, thanks to the countless hours of practice she has put in, the waters of Motherhood have been slightly rougher than she had imagined. In a recent post on her Instagram, Bismah opened up about how having a child has changed her life, and how she is constantly worried that she is not doing enough for her daughter, even though her child’s well-being is a top priority for her.

Bismah rejoined the team in December 2021, but her heart remained with her daughter. “My daughter is the light of my life,” she says while appreciating how her own mother brought her up without ever letting her down.

As a working mother, with a full-time career Bismah has a new found understanding of the unconditional love that mothers hold, which lead them to making sacrifices for their children without ever complaining. She commends women everywhere who have challenged societal norms and taken up being a mother, alongside their lives and appreciates the narrative that @gluco.moms new DVC brings to the arena, reminding us not to take our mothers for-granted and making them feel loved and appreciated every day. #KaisiHoMaa