Sinful Spouses: My Lord Have Mercy 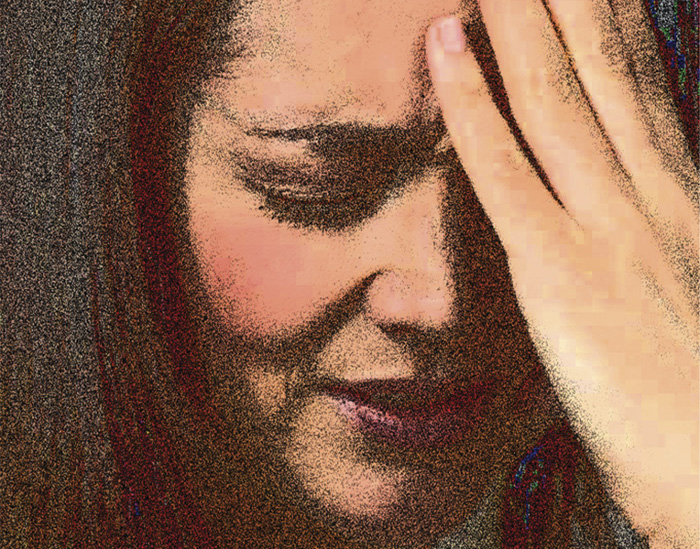 It is easy to deal with bad husbands compared to those who are good. Don’t panic, I do have a point and I am going to make it. What is good? In the marriage context and especially in our social set up for a husband to earn the ‘good’ label there are certain parameters. Top most is the ability to support the wife i.e. economic support. A husband who earns and provides for his family is a good husband. This medal is not given on the basis of the ability to provide as the sincerity towards the family. The husband who earns little but spends it all on his family is the ideal example here. The wife is expected to remain indebted to her male partner for this sincerity and show her gratitude by complete submission to his commands.

Now imagine, if this picture of sincerity is also a man who is constantly trying to make his home a more comfortable place for his wife and children. His status rises even higher in the eyes of the constantly watching and judging society. You must be wondering how this good husband merits to feature in our sinful spouses column. Well they do… remember our definition of sinful spouses is based on how miserable one spouse makes the other regardless of how society rates them. So these social angels are sinful spouses because their noble desires have painful consequences for their partners.

There is one example which I will share with our readers. There is this very good husband living with his wife and two bratty children in a reasonably big house in a posh locality of Lahore. They have recently bought this new two storey house with five bedrooms. Children being small still live with their mother and the father being good and loving also refuses to move into any other bedroom. The granny also lives with them and very calmly occupies one small bedroom which she has modified and altered according to her needs. So the short version of this long story is that all four remain cramped in one bedroom mostly on one double bed. The result of this over use of one room and no use of other rooms is, as many experienced in this area would have guessed, utter chaos. The one room that is in constant use is always cluttered with everybody’s most essentials and remains untidy most of the time. The other rooms are also not that clean because it is kind of hard to keep the rooms that are out of use in ship shape. The bottom line is that the house remains not so well organized most of the time and the social angel complains about it frequently with the entire society backing him and commending him for his good sense for tidiness and condemning the wife for being ill organized and lazy.

There are many perks that men by the virtue of being men enjoy in our society. These perks include getting top priority in the house. They have to be put first even before the children and their needs are to be attended to with utmost efficiency. If they are resting, it is a woman’s job to make sure everybody is quiet as a mouse because the man has earned his rest and if the woman will not ensure that he takes uninterrupted rest then he can fall ill and what will happen to the family then.  Their rights include the right to clean house, clean clothes, good and warm meals.  Children’s school matters are a grey area, providing for fee is definitely a man’s job but taking care of the pick and drop, uniform, books, copies, colour pencils and most important and difficult- the homework and exam preparation – all of this mainly fall under women’s responsibilities. In some households some of these are looked after by men also. If the woman is illiterate the man has to help out with homework and exam.  Anyway the man who ensures timely submission of fee for children is considered good enough. Those who look after other aspects are rated as angels.

Coming back to the perks including right to a clean house – well, let’s say that some women are lucky and their husbands are not obsessive when it comes to cleanliness but others are not so lucky. Unfortunately, our sinful spouse of the quarter is obsessive and his wife going out of her mind trying to please her lord and master.

Democracy may be the rage of the world when it comes to states but dictatorship is the only rule when it comes to family units. The sinful spouse, the good husband and the social angel is also a dictator in his own right. He decided to try and help out his poor incompetent wife by renovating the whole house. One day when the wife came back from her 9 to 5 job and ran into the kitchen to make sure that dinner is up to everybody’s expectations she found three workers in her house building cupboards in every room of the house. The good husband was waiting in his room for the wife’s gratitude speech and the wife didn’t have the heart to tell him that this was probably the most inconvenient time to get carpenters in the house – children’s exams were near and her office was giving her extra work as it was closing of the year – so she smiled and said it was a good surprise.  The good husband went on his official trip and disappeared from the scene leaving the wife to deal with the workers and the racket they would create every day in the house and not to mention the total deprivation of privacy with strange looking men present all the time everywhere.

She was barely managing with this additional responsibility that one day on return from office she discovered four more men in the house walking around in all rooms. These men were electricians and had been engaged by her husband to put fancy lights, set up a UPS and a generator. Now how can anyone even suggest that this is not the most noble and sincere gesture one could expect from a good husband. So the wife swallowed her anger and pretended that she was most thrilled that her husband is thinking of all these things at the same time and not to mention arranging for extra money for the sake of wife and kids.

These surprises didn’t end here. Two more men came and started painting the house, three more came and started breaking the tiles in one bathroom because they were ordered to redo the bathroom. All this to help the wife get more organized and improve the living standard and blah blah blah…..

Mr. Sinful never realised that he needed to plan these things with the wife who ended up looking after all the projects, making sure everybody had money when they needed it, took receipts for materials, kept a book on labour charges, making sure the household items didn’t get damaged due to rough handling while the good husband whose job demanded frequently travel was never there to help out. However, he was constantly on the phone giving instructions to the wife as to how he needed every job done and on his short visits home would often scold her for not following the instructions carefully and wasting his hard earned money. In reality the wife would deal with eleven workers and technicians, looking after her children making sure they don’t fail in their exams, making sure despite all of this there is warm food on the table and ironed and clean uniforms hanging in the wardrobes everyday. She applied for leave many times but her office could not let her off so she continued with work also often coming much later than her usual time due to the work load.  The cherry on the top of the icing was that due to paint in the wrong season the kids got sick right when the exams started so she had to take them to doctors and stay up all night sponging them to bring the fever down.

Being human she also fell ill during this period and one day when she was running high fever her otherwise diplomatic and politically correct self made the mistake of complaining to her husband about what he was putting her through. He went ballistic and told her that she is not only incompetent but also a very ungrateful woman who is complaining about things that he is doing for her benefit. Now, is this good husband a sinful spouse or not .. we let you be the judge.