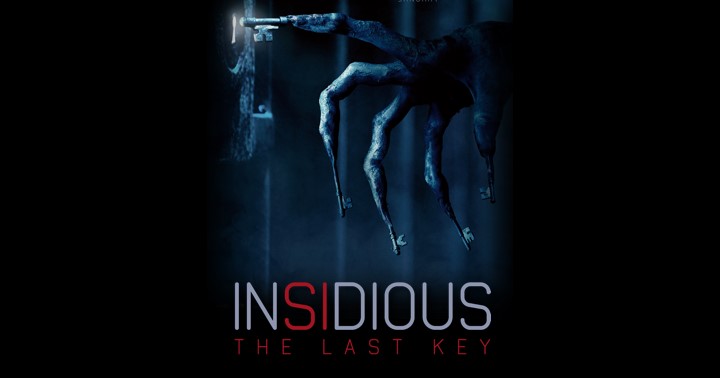 “Insidious: The Last Key,” is the fourth movie in the “Insidious” horror franchise, which focuses on paranormal investigator/psychic Elise Rainier (Lin Shaye) and her friends. Psychic/paranormal investigator Elise Rainier (Lin Shaye) has recently wrapped up the Quinn Brenner case (from “Insidious: Chapter 3″), but nightmares are plaguing her sleep. Memories of her dark childhood in Five Keys, New Mexico, with an abusive father (Josh Stewart), keep coming up. Before long, Elise gets a call from a terrified Ted Garza (Kirk Acevedo), who lives in her old house and is being terrorized by wicked spirits. Joined by her intrepid partners Specs (Leigh Whannell) and Tucker (Angus Sampson), Elise begins her inspection. More dark secrets from her past turn up, including memories of her younger brother, guilt over her mother, a lost whistle, and a gaggle of ghosts. But Elise makes a surprising discovery: There’s something different about these ghosts.

This fourth entry in this successful horror series is an example of diminishing returns; though the characters are still interesting, it’s clear that less care and attention was given to this movie. Filmmakers James Wan (whose first “Insidious” was the best) and Leigh Whannell (a writer on the entire series and director of “Insidious: Chapter 3″) have hired a second-stringer, Adam Robitel, to wheel “Insidious: The Last Key,” and it shows. Robitel tries to follow the playbook and comes up with one or two great, spooky scenes including one in which Elise makes a surprising discovery inside a tube-shaped air pipe. But the director mostly relies on loud noises and sudden scares.

He’s not so great with the emotional scenes, either, including Elise’s reunion with her long-lost brother. Christian (Bruce Davison). Frankly, the best reason to see this is Shaye, a wonderful character actress who embodies sweetness and vulnerability and also has a weathered, fearless quality; now in her 70s, Shaye has come into her own only recently as a horror star. “Insidious: The Last Key” has finally elevated her to leading lady status, and that’s exciting to see. The film has made to PG-13 for its violence and language.