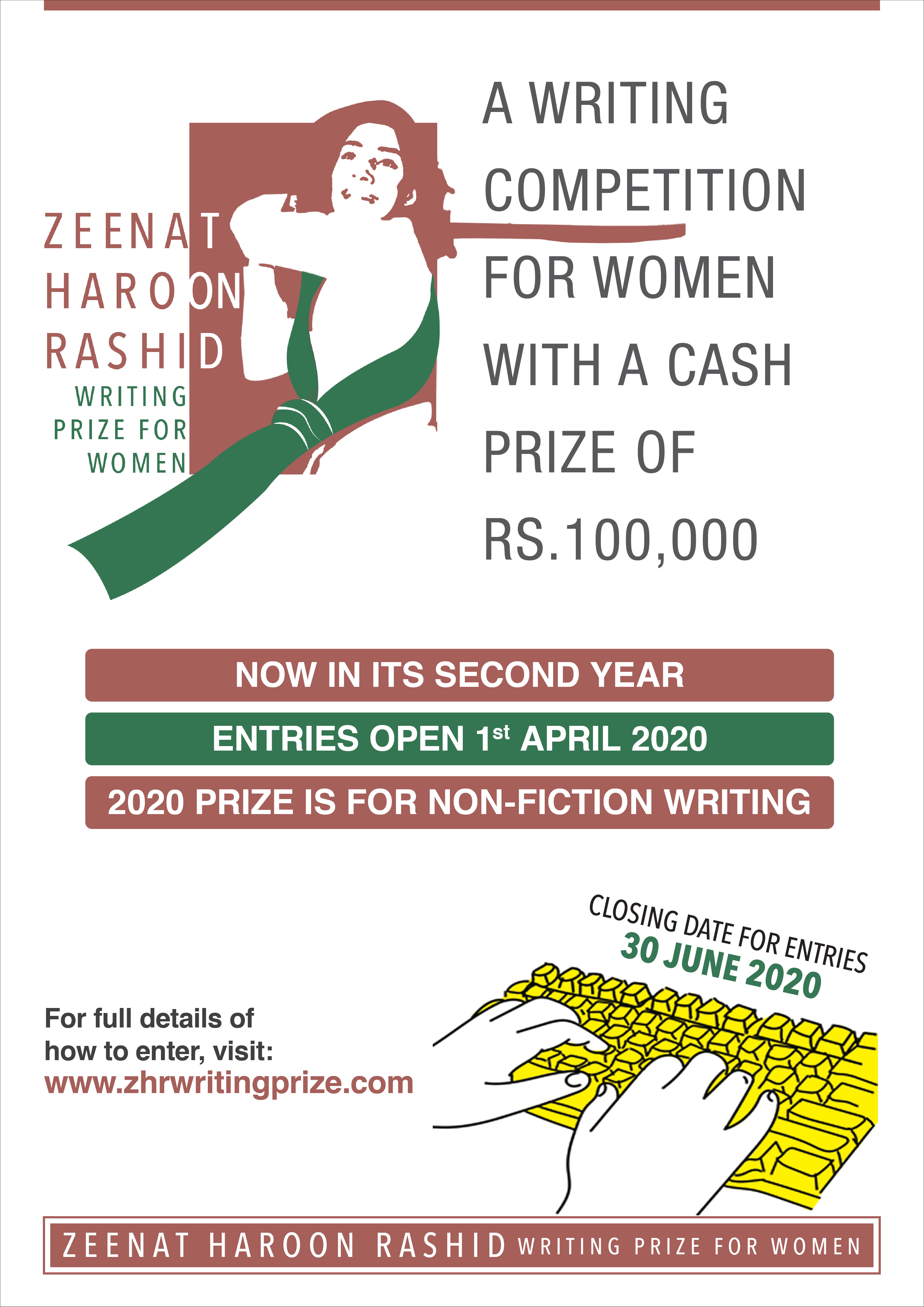 After a phenomenally successful inaugural year, which saw the submission of nearly 500 pieces of writing from every corner of Pakistan, the Zeenat Haroon Rashid Writing Prize for Women returns with a call for submissions from April 1st 2020.

This annual writing competition, which carries a cash prize of Rs. 100,000 was established last year to honour of the memory of Zeenat Haroon Rashid, a founding member of the Women’s National Guard and Muslim League activist during the Freedom Movement.

The Competition asks women to submit writing on the theme of WOMEN AND PAKISTAN and this year the call is for NON-FICTION writing (memoir, biography, narrative or polemical essay). The writing may be as immediately topical or as eternally timeless as the author pleases and, as always, the judges will look for writing with a strong personal voice. The Competition is open to all women of Pakistani nationality or Pakistani heritage over the age of 18.

In 2019, the award and cash prize was won by Maham Javaid for her short story THE TALLEST WOMAN. A Special Citation was also awarded to Saadia Khatri for her memoir, FEAR AND THE CITY. Both these women had the honour of having their writing published in a national newspaper. All featured writing is now available to read on the website www.zhrwritingprize.com

The judging panel for 2020 includes a stellar list of renowned writers, editors and journalists:

Full details on how to enter and comprehensive competition rules can be found on the website www.zhrwritingprize.com . Entries for the 2020 competition open on 1st April 2020 and close on 30th June 2020