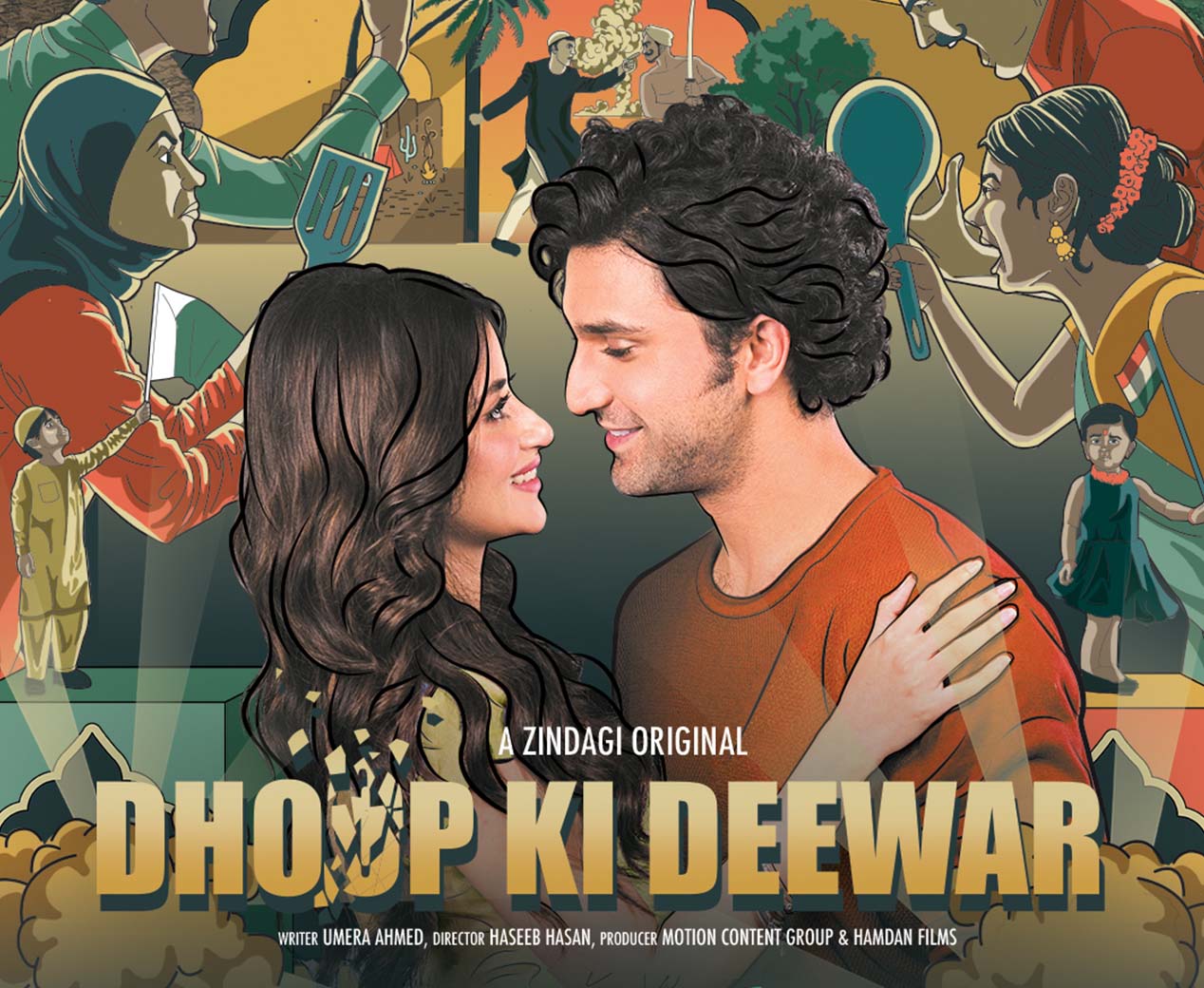 A journey of love, loss, courage and sacrifice, the show throws light on the grief-stricken lives of Vishal (Ahad Raza Mir) and Sara (Sajal Aly) who lose their loved ones in war. As they, both experience the same struggles and sorrow they find comfort in each other.

The show will stream on ZEE5 from 25th June 2021 across all global markets and is a key addition to ZEE5’s vast library of Pakistan shows.

Emphasizing on the message of ‘Heart Over Hate’, Dhoop Ki Deewar also consists of a supporting cast of Samiya Mumtaz, Zaib Rehman, Savera Nadeem, Samina Ahmed, Manzar Sehbai, Raza Talish, Aly Khan and Adnan Jaffar amongst others. The series is directed by Haseeb Hasan and written by Umera Ahmed and explores the impact of martyrdom and war on the two families and how they realize that peace is the only answer. The show is produced by Motion Content Group and Hamdan Films.

Archana Anand, Chief Business Officer, ZEE5 Global, said, “We’re extremely glad to launch this latest Zindagi Original Dhoop Ki Deewar on ZEE5 for our global audiences. Written, produced and directed by an excellent cast and crew, this web series is bound to resonate with viewers across the globe as it touches upon the themes of war, love and shared grief. We hope that audiences across our global markets including U.S. will enjoy watching this beautiful story.”

Shailja Kejriwal, Chief Creative Officer, Special Projects, Zee Entertainment Enterprises Ltd, said, “The show captures the story of families who face the consequences of war and highlights their common struggles and grief irrespective of which side of the border they belong to. While war has been glorified for ages in popular cinema this time we want to bring to the fore the after effects of the conflict.”

Commenting on the series, Sajal Aly said, “Dhoop Ki Deewar is not an ordinary story, this is a story that everyone can resonate with. I hope everyone who watches the show enjoys it as much as we enjoyed making it. Such collaborations and initiatives taken by ZEE5 and Zindagi must actively take place to narrate such stories to a global audience.”

Ahad Raza Mir said, “The uniqueness of Dhoop Ki Deewar lies in its subject. It speaks a language which the audience world over can relate to on a human level. It caters not just to those who are directly affected, but has a broader message of peace and love.”

The trailer, out on 15th June 2021 gives us a first look into the story – a strong and unconventional narrative packed with gripping and exciting moments.

Dhoop Ki Deewar is set to premiere on 25th June.