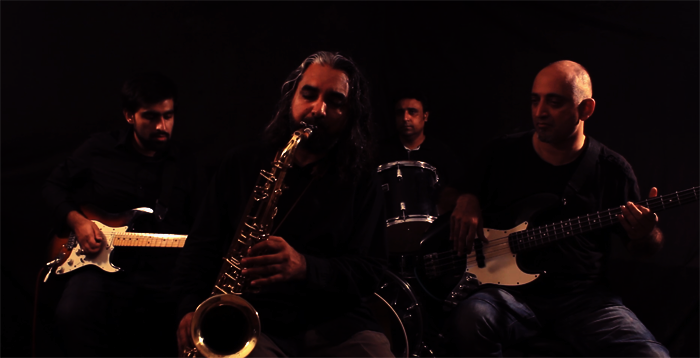 Pakistan’s pioneer blues/jazz band Blue Sax has officially released the audio of their first single of 2017, Jana, which can be heard here: https://soundcloud.com/the-bluesax-band/jana

Jana is an original song, written and composed by the band itself. Staying true to the genre of blues/jazz, the rich musical arrangements of the song heavily rely on the saxophone which sets a foot-tapping rhythm. The melody is uplifted further with the subtle sounds of guitars and drums, which wonderfully enhance the smooth vocals of Talha Ali Kushava. The lyrics have a tongue-in-cheek humor, weaving the story of a man fantasizing about his wife leaving him but also not wanting her to take his wealth with her.