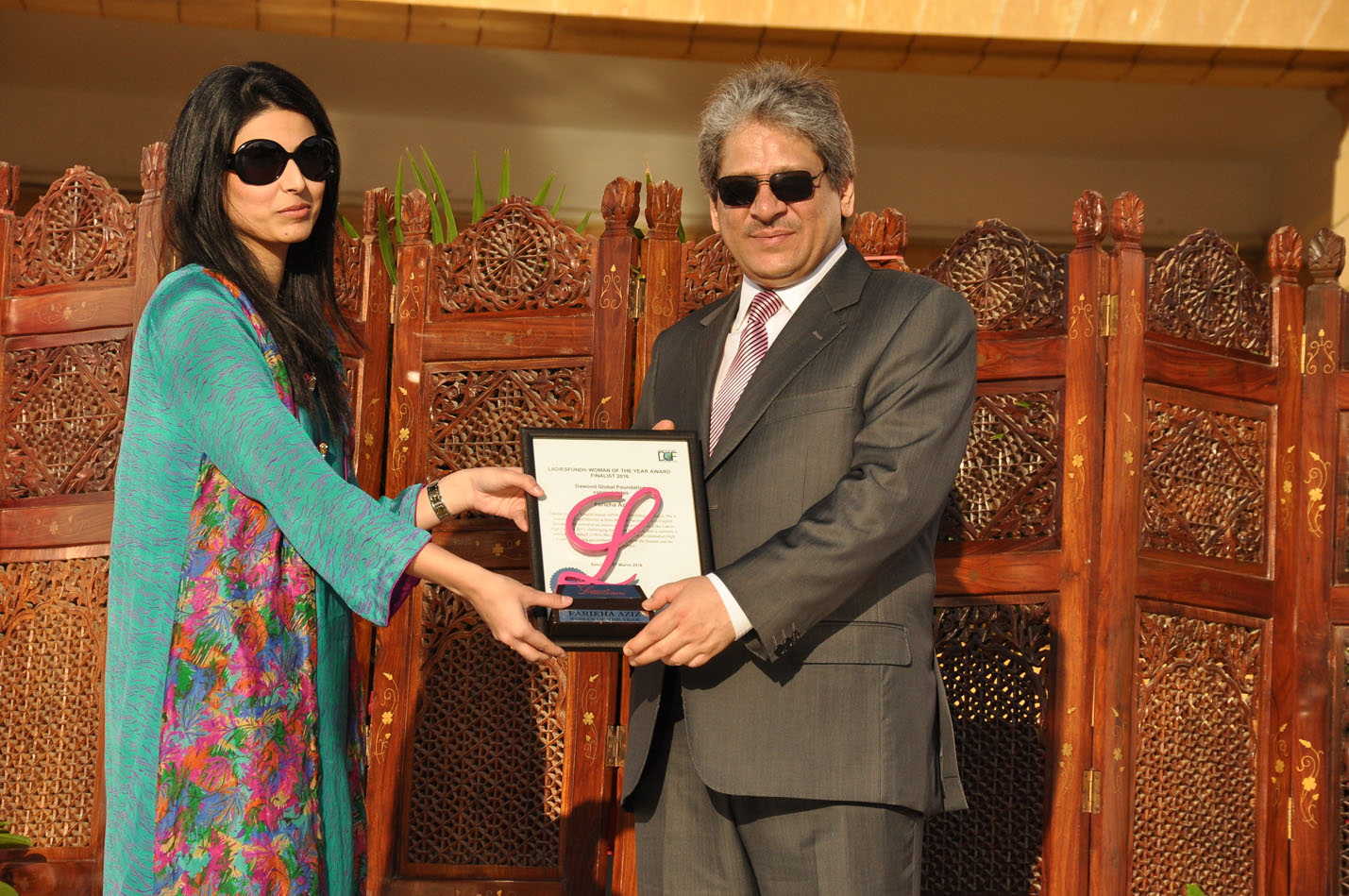 The Governor’s House was a sight to behold on 5th of March 2016. As far as the eye could see it was a tasteful sea of pink – décor, food arrangement, etc. Dawood Global Foundation held the 8th LADIESFUND® Women’s Awards for Pakistan 2016 at Sindh Governor House where five hundred of the most dynamic and inspiring women in Pakistan were in attendance including Ronak Lakhani, Lal Majid, Azra Mohyeddin, Masarrat Misbah, Rabiya Zuberi, Syeda Sarwat Gilani, Sehr Hafeez Pirzada, Jamila Habib, Nuzrat Hidayutullah, Shafaq Habib, and lifetime achievement winner and guest of honour Yasmeen Lari.
A very emotional moment in the ceremony was the posthumous remembrances of 2008 LADIESFUND winner Sabeen Mahmud and 2012 Lifetime Achievement Winner Fatima Surayya Bajia, given by Mahmud’s mother Mehnaz Mahmud and Bajia’s sister Zubeida Tariq respectively.
Tara Uzra Dawood, President, Dawood Global Foundation said, “We are delighted to hold the 8thLADIESFUND® Women’s Awards for Pakistan 2016 where we continue to honour the most dynamic and extraordinary women in our country.”
The Sindh Governor Dr. Ishrat Ul Ebad Khan, Chief Guest, added, “The LADIESFUND network of women and youth is an important one in Pakistan.  The Government is always pleased to support and help them be empowered and educate the women of Pakistan.”
Women of substance were conferred with awards in different categories in an effort to recognize their contribution towards women in our society. Well done Tara Uzra Dawood!