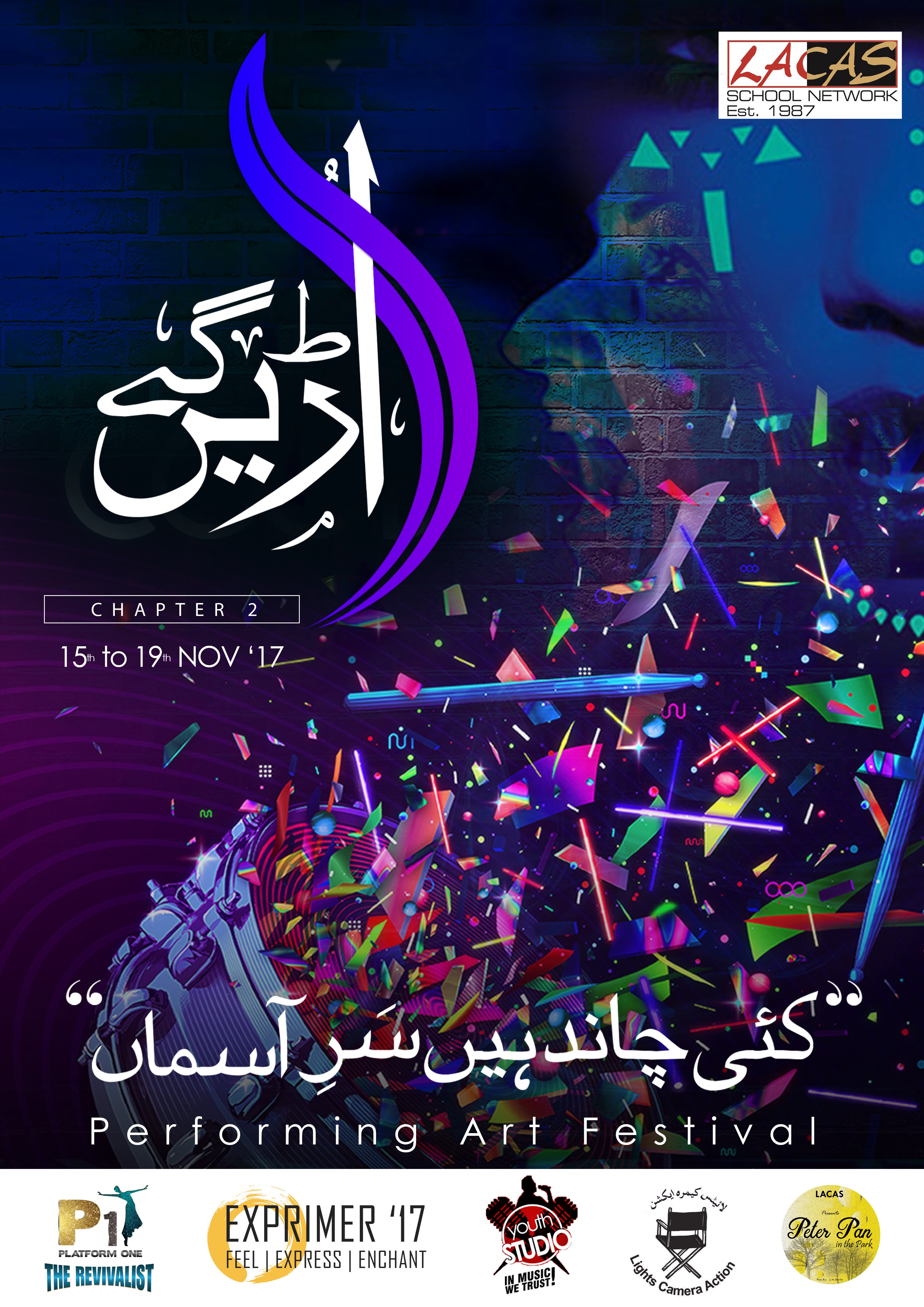 LACAS presents Chapter 2 of their biggest performing arts festival in Lahore, ‘Urain Ge’ from Nov 15-19, 2017. The 5-day performing arts festival will be held across three different iconic venues in Lahore; the Alhamra Open Air Theatre Qaddafi Stadium, Bagh e Jinnah Open Air Theatre and at the Alhamra Arts Council. All proceeds from tickets sales of Urain Ge will be donated to the Sundas Foundation.

‘Urain Ge’ by LACAS aims to revive the culture and spirit of performing arts by bringing together diversity of art fields; from theatre, music, dance and film, all on one platform. To this end, ‘Urain Ge’ will feature a diversity of performances and productions by students across Lahore as well as by seasoned maestros including Kathak virtuoso Nighat Chaodhry and musician Ali Hamza. PR: Lotus