From Our Archives (Year 2001) – Mehmood Bhatti A Symbol of Excellence 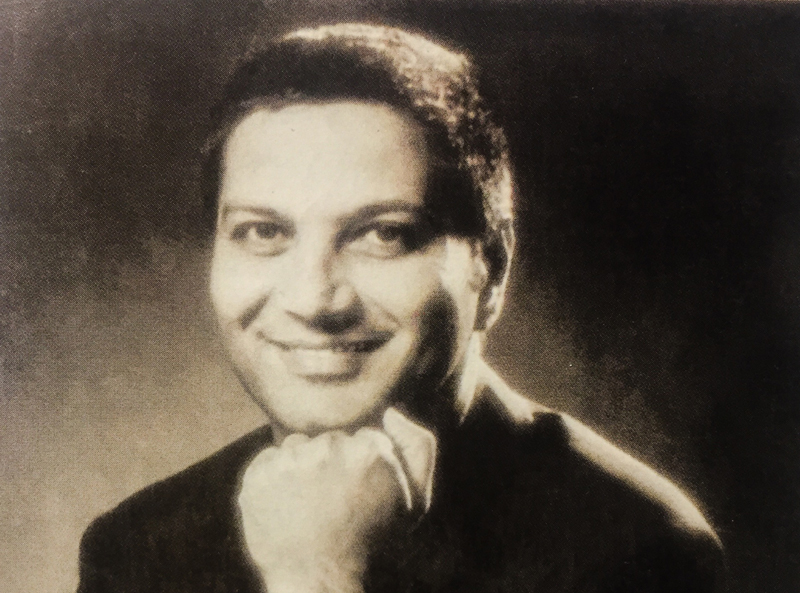 Nadia Butt narrates a fascinating tale of an ordinary man who got up from Lahore, stepped into Paris to become a living legend of the fashion capital of the world.

The very idea of a Pakistani fashion designer beating the top French designers in Paris rings a bell. However, Bhatti is recognized as the top ladies’ designer not only in Paris but all over the world. He stands unparalleled in his field for almost two decades. A combination of charisma and dynamism in his personality has proved to be the gateway to the world of fashion and glamour. Born in Lahore, Mehmood Bhatti graduated from Government College Lahore in 1977. Then he left for Paris. He had actually never thought of becoming a designer, and worked as a salesman. Bhatti happened to charm the customers, thereby boosting the business rapidly.

After one and a half year in that profession, Bhatti set up his own office in 1980. Within a short span of time, he bought the entire building along with the office to expand his business. Now five hundred designers are working for him. His strong sense of duty and discipline has won him a competent team of designers.

Since his entrance in the fashion arena, Bhatti has remained an emblem of excellence and perfection. It is interesting to note that Bhatti is a designer par excellence without having had a professional training in any fashion school. He regards hard work, efficiency and commitment a must for making one’s mark in life. He detests those Pakistanis abroad who shirk work and are leading a parasitic existence. For him, the western world is a world of cut-throat competition. There, he believes, one has to prove one-self constantly. Bhatti’s imagination and keen observation are the real forces behind all his magnificent creations. “I keep in mind the latest trends. I am in the habit of observing ladies very critically, especially, the way they are dressed up and move about. Thus I get ideas for my latest fashion collection.”

Bhatti’s creative fecundity is vividly reflected in his marvelous selection of colours, motifs and textures. His recent fashion book, entitled “Spring and Summer Collection 2001” has captivated all the fashion circles of Paris.

This year [Year 2001] Parisian women have taken to army uniform motifs. Keeping the ladies’ choice in mind, Bhatti has used the motifs on the blouses, tops, jeans, shorts and skirts. His unique colour scheme compliments the aesthetics appeal of the formal and informal outfits. In the black dresses, he mixes the colour patterns of white & gray to attribute a feminine touch to the wearer. Double metallic belt and the beaded belt is another latest addition in his mini skirts. Different styles of belt give a new dimension to the conventional design of skirts. Army motifs are combined with the tiger print and thick stripes and each dress stands apart. Bhatti has utilized a special material for his formal dresses which is shiny and smooth and highlights the body contours of a woman. Net stockings are an important part of his shorts as well as shirts. Novelty is the hallmark of Bhatti’s impressive career. He loves new faces just as he loves new designs.” I like to have a new face for a new design. I hire models for a short period of time only.

Bhatti’s himself has modeled for a number of famous brands including Coca Cola. Every year, he chooses to be the male model himself in his fashion books. In Paris no fashion programme is complete without his models.

In spite of enjoying the repute of being one of the best fashion designers, he is proud of being a Pakistani. Last year [Year 2000] he was given the honour by the Pakistan Embassy in France, along with the Princess Agha Khan to inaugurate the festival of Pakistani handicrafts and products in Paris.

Bhatti is a rich designer-turned-humanitarian. In Pakistan, he has opened two hospitals to serve the country. Doctors’ Hospital and National Hospital, Defence, in Lahore. Recently, he has offered a handsome amount of money for the S.O.S. Villages and the Fountain House. His patriotism and philanthropism reflects in his ten scholarships for the needy students of the National College of Arts, three scholarships to the fine arts students of the University of the Punjab and one for the position holder of the Pakistan School of Fashion Design. “I want to encourage the fashion industry in Pakistan. I hope that my scholarships would invite more and more students to take up dress designing as a career”.

While Commenting on the Pakistani and Indian fashion industry, he says that Pakistan seems to have no room for fashion. He regrets the double standards of our people. “Everyone is ready to watch the latest trends in fashion on the cable TV and internet, but cannot stand the airing of the same fashions on PTV. He has held two fashion shows in Pakistan. But he could not enjoy the sort of response he enjoys in the western world. “For me, Shalwar Kameez is no dress! We need to develop our aesthetic sense to appreciate fashion. Fashion has nothing to do with religious sentiments. My extravagant mini skirts are sold the most in the Arabian world! Arabian women are always clad in the best western outfits under their heavy veils.”

On Bhatti’s eventful life, a book has been written and a film has been made called “La Verite Si Je Mens” in which the famous actor Richard Anconina has acted Bhatti. Next year, he will be arranging a fashion show in Pakistan with his team of Paris models to raise funds for the S.O.S. children. After reaching the zenith of his career, he wants to contribute to the social welfare of his homeland.

Paris-based Bhatti is an example who was made his country men proud of his glowing achievements. In the future he will continue to break new grounds in the fashion world and keep ruling the hearts of his admirers.