L’Oréal Professionnel Is All Set To Reveal IT LOOKS 2017 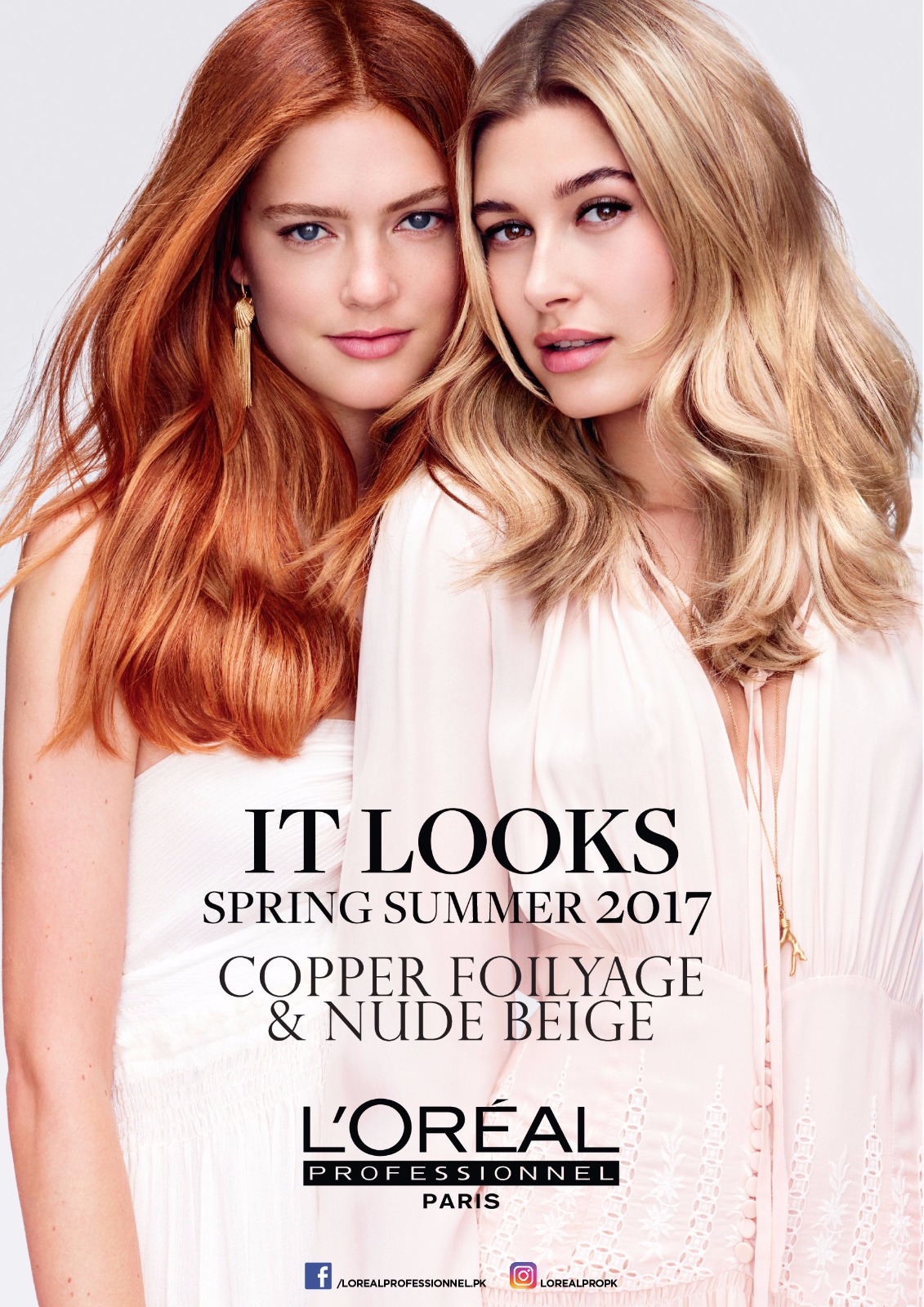 L’Oréal Professionnel, the Parisian house of hairdressing, is all set to launch the global IT LOOKS for 2017 through a series of roadshows in Islamabad, Lahore and Karachi starting 17th April 2017 in collaboration with International Technical Consultant Tarek Rizk. The tailor made hair colors for the Spring Summer shows are Copper Foilyage and Nude Beige. Last year’s incredibly popular IT Girl and recently announced Local Spokeperson Hareem Farooq will be walking the shows sporting the Copper Foilyage. Model Rehmat Ajmal will be seen sporting the Nude Beige as the second IT Girl.

Featuring the hair looks for Spring/Summer, the idea is to inspire salons to learn the high fashion, edgy and inspirational IT LOOKS for 2017.  The IT LOOKS Roadshows will kick off in Islamabad on 17th April which will be followed by Lahore on the 19th of April and Karachi on the 24h of April 2017.

Salman Amjad, General Manager Division of Professionnel Products of L’Oréal Pakistan, said; “IT LOOKS is all about the latest looks, trends and hair styles from across the globe. Our aim is to inspire and encourage our partnering salons to recreate these looks locally. We are really excited to showcase the IT LOOKS with local IT Girls – Hareem Farooq, our recently announced Local Spokesperson & fashion model Rehmat Ajmal.”

For 2017, the Roadshows will be conducted by Tarek Rizk, an International Hair Technical Consultant who is partnering with L’Oréal Professionnel Pakistan for a second time to bring the international IT LOOKS for 2017 in Pakistan. Hailing from Lebanon, Tarek is a renowned hairdresser with extensive experience of working in the beauty industry having styled various Lebanese celebrities at his salon in Beirut. An ambassador for L’Oréal in the Middle East, Tarek is also a member of Haute Coiffure Francaise in France.

The IT LOOKS for 2017 were created on a designer collaboration with Vanessa Bruno whose vision for IT LOOKS was to create looks that look so natural that they end up seamlessly enhancing the natural beauty of a client. Inspired by her vision the looks created by 2 top stylists were technical, fashionable and tailor made total looks intertwining color, cut and styling.

The Copper Foilyage was created taking into account the fact that copper is the color of the season as spotted on the runways for Alexander Wang, Noon by Noor and Leanne Marshall. The colorists worked with a palette of red, gold and copper shades to sublime facial features and complexion. It is also the era for red hair in Hollywood as seen on stars like Julianne Moore, Amy Adams and Emma Stone amongst others. The Nude Beige has been inspired from the no make-up look trend that has taken the international fashion scene by storm as seen on ramp for designers like Dior, Chanel and Elie Saab who sent out their models in nude make up looks for a chic and natural effect. Cara Delevigne and Suki Waterhouse are the best examples for making natural hair color trendy.