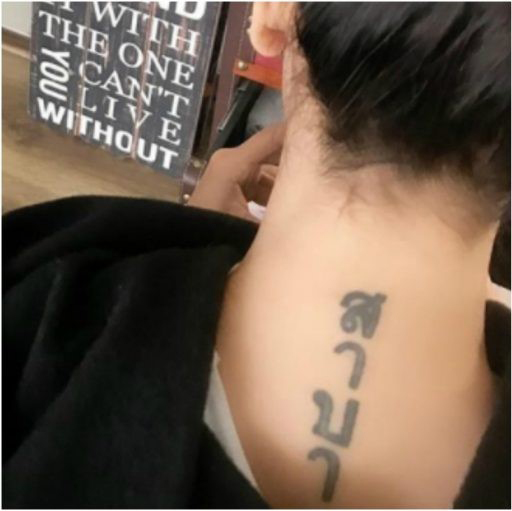 Saba Qamar has been rising tremendously high lately in her career. With her critically praised performance on a floundering show ‘Baaghi,’ and her Bollywood debut in the acclaimed ‘Hindi Medium’ opposite Irrfan Khan. The actress recently won big at the Masala Awards in Dubai, bagging the Best Breakthrough Performance for the film.

Recently, she shared a picture in which she shows that she has a tattoo on the back of her neck. Whether the tattoo is for an upcoming movie or it’s a personal liking, however, people reacted on it with a love-hate reaction. As sensitive the subject of having tattoos is in our country, people do react to it with complete passion.

Have a look at the tattoo, which appears to be in a foreign language, yes, we all want to know what it actually means.

Here are some hot and cold comments, starting with some cold ones which are the obvious ones…

Some people did end up loving the tattoo and were quite curious about what it’s about and what language it is.

Let us know how this makes you feel.